It was a real sprint course: two laps of 600m for about two and a half minutes of racing. I’m not so sure I like these true sprint courses. We’ve had three of them this year – at Sovereign Lake, Lappe, and Whitehorse, and I can’t quite figure them out and make it work.

As heats progressed and the day wore on, the sun beat down on the snow and the track conditions steadily slowed. The hardest part of the course, for me, was fighting through the flat section at the top of the one climb. In my mind, it was a smooth-gliding section, but in the heats, it was much more of a working-grinding section. 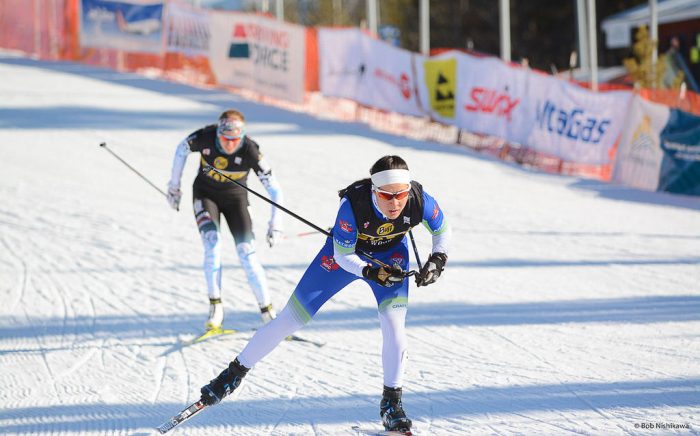 Leading through the stadium in the quarterfinal

I skied through the quarterfinals comfortably, but probably used more gas than I should’ve to take the lead on the second lap. Otherwise, I think my tactics were pretty spot on throughout my heats. I don’t consider myself to be a great tactician, but I think I had to think more about how I was going to ski myself through the heats because I (honestly) didn’t have much confidence in my ability to out-ski and break up the pack (as most women’s sprints tend to go).

In my semi-final, the pack hung tight together until late in the race when it finally broke up and three of us had a drag to the line for the second automatic qualifying spot. My teammate Alannah ended up punching the ticket to the A-final while I missed out on the automatic spot by 0.17s and about 0.3s on a lucky-loser place to the third and fourth skiers in the other semi-final. I’ll always be bummed to miss the A-final, but when it comes down to that I simply wasn’t as fast enough (rather than a bad decision or mistake), I just have to shrug it off. There’ll be more days, I’ll be back for more races.

Out cheering for the Jr and Sr men’s heats

The B-final went well for the first lap. I led from the line and up the first climb, made a break on the descent back into the stadium – at this moment, I remember looking up and into the finishing lane, only to realize I still had another lap. Le sigh. So much for a short sprint, this was going to be a long one…

My legs were shot the second time up the hill. There is video of the race, but it isn’t pretty. It is good for technical assessment though, definitely some learning material.

So 7th place. Again, on the upswing, but still not entirely satisfied. It was a good day. It was better on the results sheet, but not a better performance. And it’s still not my best sprint form. But hey – as the saying goes:

Good, better, best.
Never let it rest.
Until your good is better and your better is best.

Best for the last race, maybe? 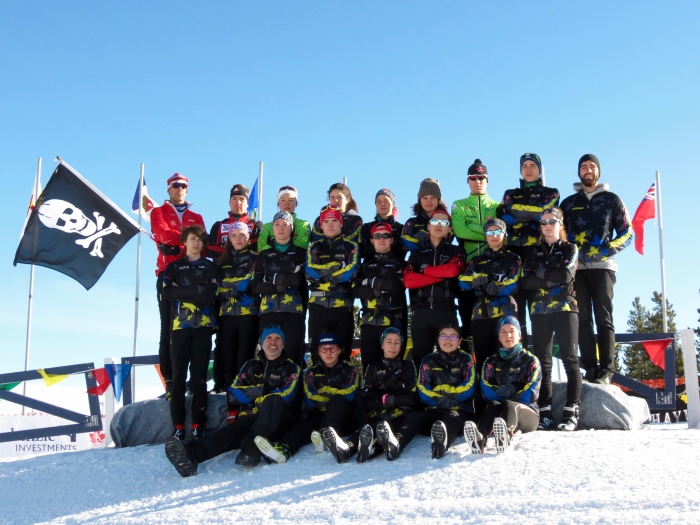