This is Part 2 of a three part series where I am attempting to write accurate and entertaining bios for the athletes of NDC Thunder Bay 2014/2015. Part 1 is already done and can be read here, part 3 should be out sometime within the next week or so.

Part 1 features the most senior members of the team: Andy, Alannah, and Bob. (complete)
Part 2 features our U23 men: Scott, Evan, and Ben.
Part 3 features this years’ rookies: Julian, Sam, and Dave.

As there are conveniently three parts, and three athletes per part, I have omitted myself from this bio-ing.

You may have seen these guys last year, tearing it up at Nationals. Together, they collected each and every gold medal, and nearly 60% of all the hardware available to Junior Men in Corner Brook. They also swept the 30k classic and ’94 aggregate. Not too shabby, if you ask me. This kind of success can be attributed to a number of things, most chiefly being their talent, hard work, and teamwork. As first year seniors, the NDC U23 men will be jumping into the big pond this year, and I think it’ll be a good one for them. Skiing through the system (and on the trails) just behind these guys has given me a better idea of how things work, and what’s in store for me – just around the corner.

This is Scott. He’s good at pretty much everything (especially skiing). Scott is a member of Team Hardwood and hails from the cross country skiing mecca known as Toronto. This will be Scott’s 3rd year with NDC Thunder Bay. He has been twice National Aggregate Champion, twice World Junior Championship competitor, and multiple Nationals’ medal winner. Scott believes Saturday’s are meant for intensity and is always ready to throw down – whether it be for a workout, a game of basketball, soccer, track TT, or quarters. Voted by the team as having the “Best Mug Shot” last season, Scott is looking to carry momentum from his outstanding graduating junior season and qualify for the World U23 Championships in Kazakstan next winter. 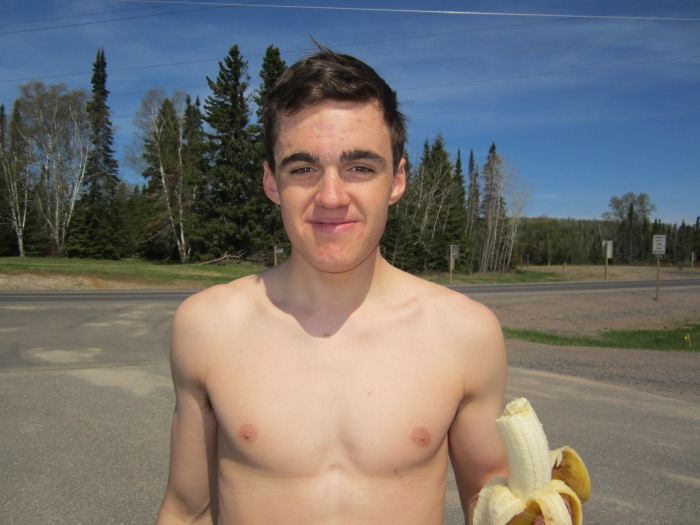 This is Evan. He’s pretty granola, and a pretty cool guy. Often the voice of reason and fairness on the team, you might say he’s wise beyond his years – likely the result of all the organic food he eats, and lack of hotdogs in his youth. Evan is heading into his 3rd season on the Training Centre as the only Thunder Bay “born and bred” athlete. Representing Lappe Nordic, Evan stood atop the podium three times at Nationals last year, and took the Junior sprint title with a remarkable push in the final few hundred metres. But he isn’t just another fast skier from Thunder Bay, he also works as a bike mechanic, studies Water Resource Management at Lakehead, is an avid kayaker, and the proud owner of an biodegradable yoga mat. As a first year U23 this season, Evan is focussing on the Canada Winter Games and hometown Nationals at Lappe this winter. 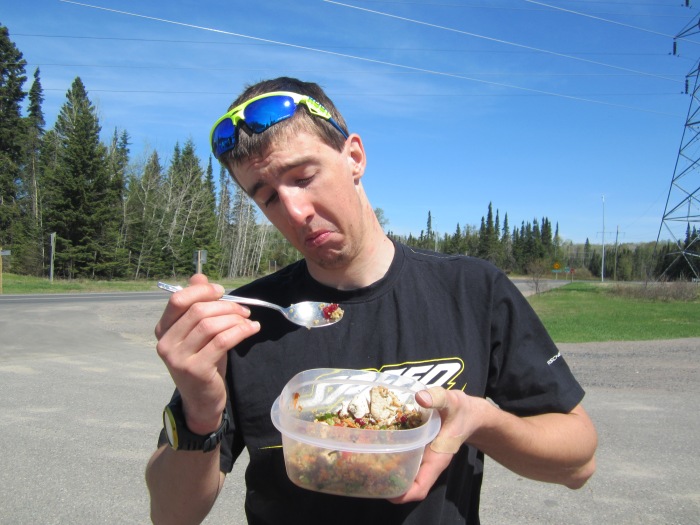 This is Ben. He’s an interesting guy. He’s also interested in lots of things. If you ever need something science-y explained, or have some bizarre trivia you want verified, ask Ben – he knows. Ben studied Mechanical Engineering at Carleton for one year before transferring to Lakehead when he joined the NDC last spring. An oatmeal, BMX, 5-minute snooze button, and xkcd “what if” enthusiast, Ben never fails to draw a laugh with a clever comment or goofy face-pull. But when it comes to racing, this full-time funny guy knows how to get things done. This past winter, Ben had several podium finishes; most notably winning the 10km classic race in Canmore to qualify himself for the World Junior Championships in Val di Fiemme, where he represented Canada in all four events. Stepping up into the Senior ranks, Ben has his eyes on the Canada Winter Games, and possibly the U23 World Championships this season.