Thank you everyone for bringing such amazing energy to Hardwood for Nationals on Saturday; it was really special. I did my best to spin it back to you with my race.

Congratulations to the organizers and staff for a successful event, and all the riders on the weekend of competitions.

And thank you especially to my team, on and behind the scene, for helping to lift me up within reach of the best in Canada. 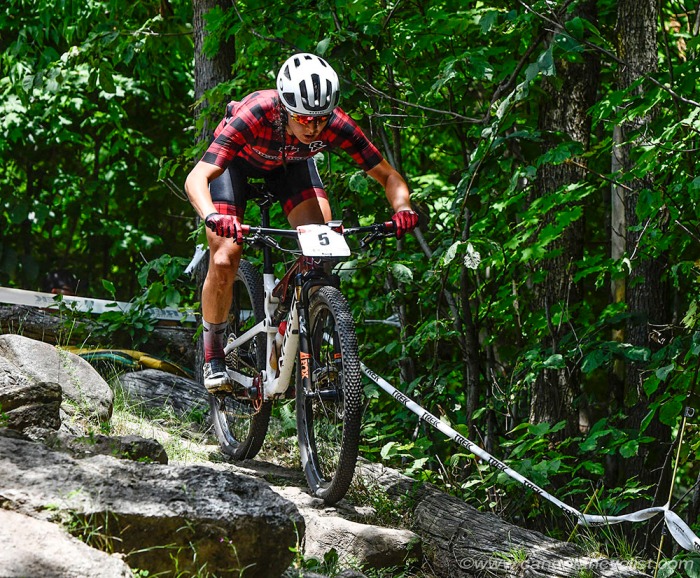 I haven’t been nervous like I was before Nationals in a long time. I can’t actually remember when I was last gripped with such numb, cloudy-headed anxiety.

These kinds of nerves are not nice, but the best way to manage them is to be methodical and make light of it. If I’m nervous, I’ll tell you – it helps get me out of my own head and thinking about what kind of nerves I’m dealing with and why.

Not all nerves are the same; as far as racing goes… sometimes I get nervous because I don’t know what’s going to happen or I don’t know where I stand, other times I get nervous because I have a good idea what’s going to happen and where I might stand – these are the ones I was dealing with on Saturday. That said, I didn’t expect myself to be at the front of the race with our countries top national team riders like Emily Batty, Catharine Pendrel, Haley Smith, and Sandra Walter, but it is where I hoped I would be. 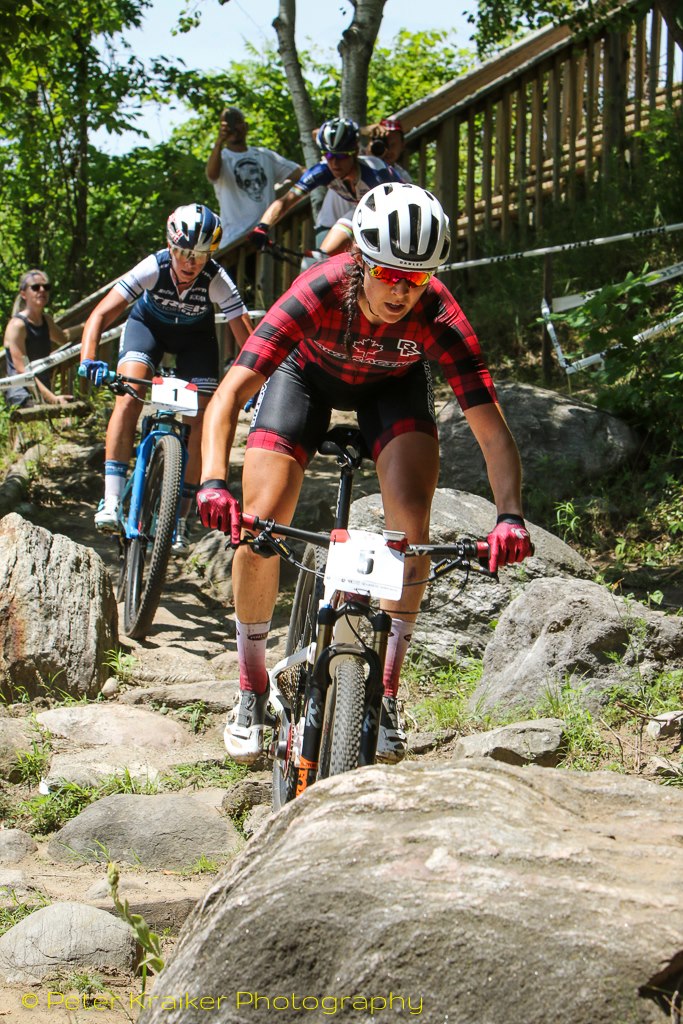 The course and conditions at Hardwood are very different from what most of us have been racing on the World Cup this season. First – the Southern Ontario sweatbox special: 35C + humidity = 43C real feel. Second – quirky features in rapid succession, at speed. Third – short steep climbs, and no resting sections. Being able to race well here is tricky. Of all the elements, the heat is where I struggle the most.

Most of my racing this season has been from the back of 70+ rider World Cup fields, so lining up on the front row for Nationals was novel. I didn’t confer with anyone else about the start, but it’s crazy how much easier it felt on the front than fighting mid-pack up the first climb. I stuck with my race plan to try to stay with the lead for the opening lap, then settle and sit in lap 2 to save some energy to be ready, physically and mentally, for the second half. After the first of four laps, Emily and I rolled through the start-finish with a small gap on the rest of the field, RaceTiming.ca says I was had the fastest lap, and Strava says I have the course QOM which is excellent.

Through the second lap, Emily had distanced herself by 15-20s from me and Catharine, Haley had dropped back after suffering a mechanical, and Sandra was shadowing our pace not far behind. Somewhere on lap 3/4 I started to suffer on Catharines’ wheel (there is anecdotal video evidence of this, it looked painful), and few small technical hiccups forced me to chase gaps down but eventually lose contact as we came through for the last lap.

It’s difficult to say exactly when my race completely unravelled, in the big scheme of things, it doesn’t really matter, but I think it was after my final trip up to the top of Coffee Run. The climb up was on par with my previous two laps, but over the closing kilometres of the race I lost nearly 2 minutes and two positions, dropping me from 3rd to 5th. I’m not disappointed about missing that podium, just a little sad I wasn’t part of the final picture. 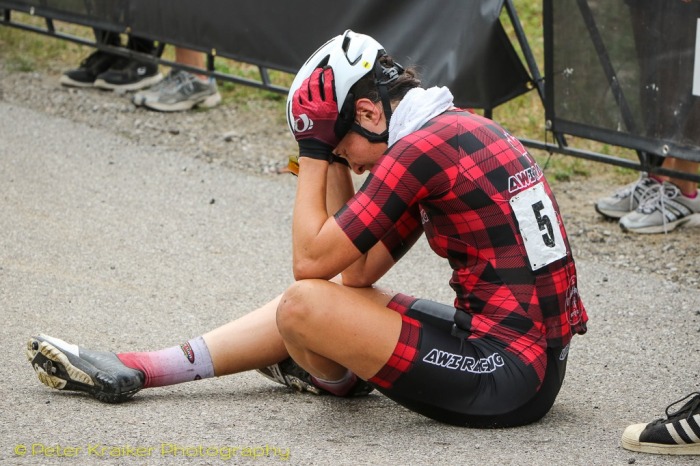 In the moment, this was the feeling (Peter Kraiker Photography)

So while Nationals wasn’t exactly the breakthrough result I was hoping for, in many ways it was encouraging. In the moment, I thought I was on track for a special race; my legs were working, I was riding smooth, and I was in a good place mentally, but then it just slipped away… You might say I went too deep early on, but I honestly felt totally measured until late lap 3 (which is more than I can say about how I’ve felt in my WC races)… In the end, being 5th is no disappointment, but when it’s a Championship race and you’re taking a long-shot for the win, it’s the story of how I wound up there that matters.

This season is still evolving, it’s been totally different than anything I’ve taken on in my years skiing or cycling thus far, and I still hope the best is yet to come. We’ll see.

If this post feels particularly pensive, it’s because that’s how my mood has been since the weekend. Thanks for stopping by, I’ll have another update up in the coming weeks after the next World Cups in Val di Sole, Italy, and Lenzerheide, Switzerland! 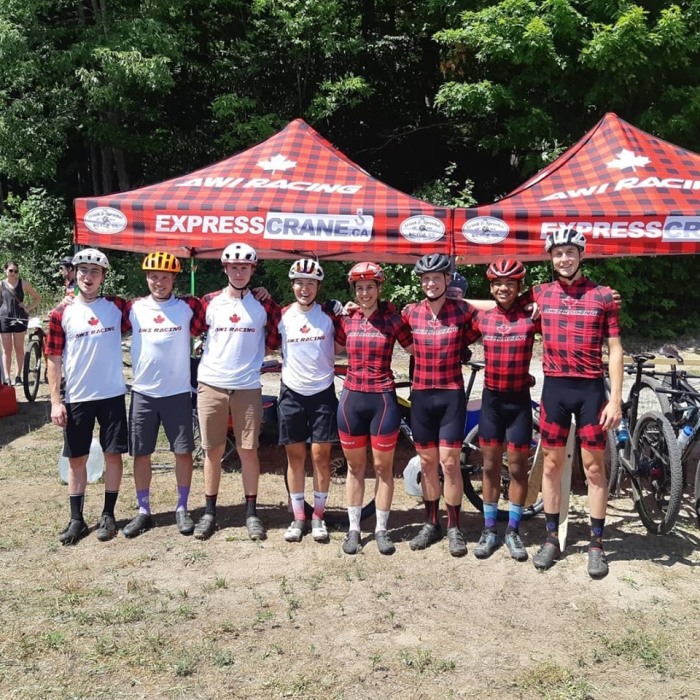 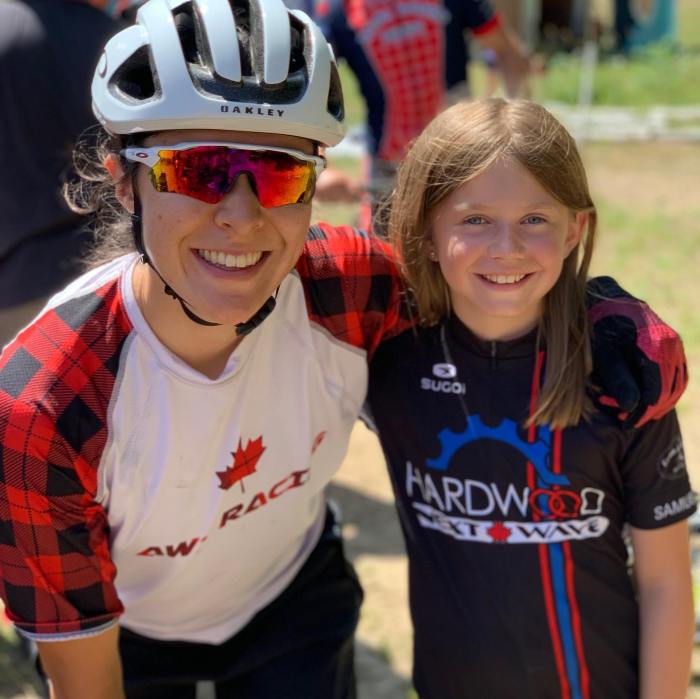 Little kids like Emily brought some of the biggest cheers trackside 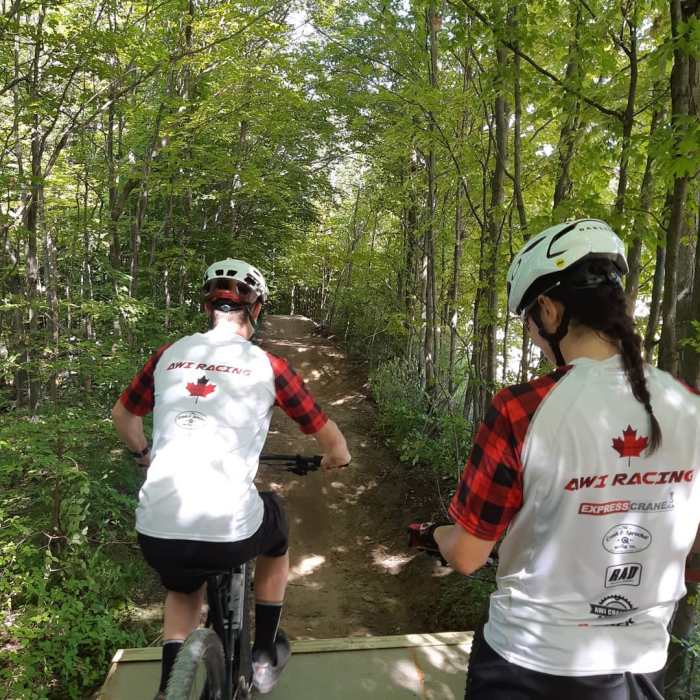