Christmas Cross totally lived up to and exceeded all expectations I had coming into it. I learned so much in and out of racing over the past two weeks. The Canadian Cyclocross team is a great mix of experienced elites and sharp U23s and Juniors – it was awesome to have them and our staff for advice on race tactics, course nuances, and general bike-racing wisdom. This was my first international race trip, so there was a lot to take in, but having such supportive teammates and all-star staff looking out for me made it much easier to feel (and be!) ready to take on the World Cup and big Belgian C1’s. An enormous thank you to the Canadian Cyclocross team staff, the most noble volunteers, for providing us world class support, and to everyone who has contributed their time and/or money to the program – I think I speak for all the athletes in saying that you’re helping inspire and realise dreams.

I didn’t have any performance standards for myself coming to Christmas Cross, all I wanted was to test the waters of European racing, experience the fabled cyclocross culture, and to challenge myself to be a better racer. I think I got all of this and more, and I couldn’t be happier or more grateful to have had this opportunity and to share it with everyone here. It’s been an incredible experience, and while I’m sort of sad that I won’t be coming back over for the World Championships, I’m excited for how this will help me going forward to the mountain bike season and for cross next year. 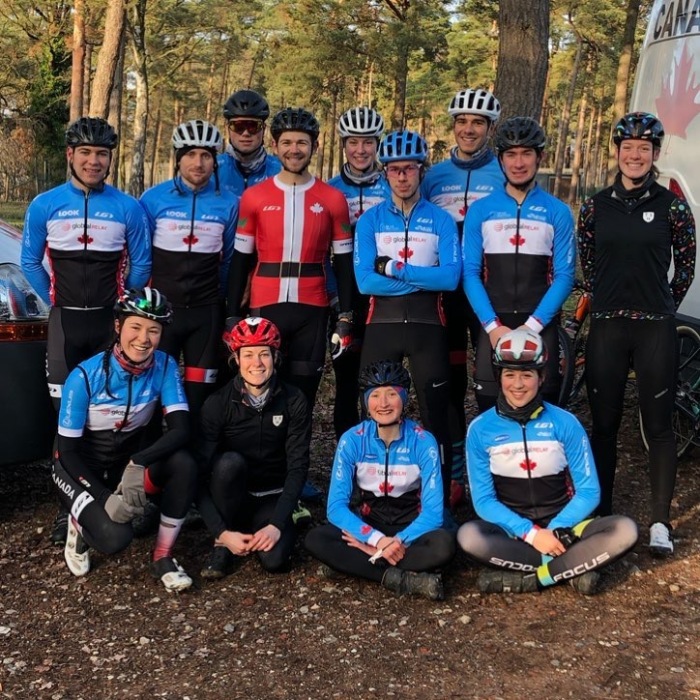 I’ve tried and failed to concisely recap the last 3 races, so before diving into those moderately longwinded stories and perspectives, I’ve made lists! A few takeaways from the trip categorisd as Top Challenges & Realisations/things that made a big difference in my racing outside of my own realm of control.

Honestly, I was pretty disappointed with my performance, there was potential to do better, but I let it slide (literally and figuratively) after crashing a dirt-to-asphalt section. I already felt sort of “out of it” that day, so to crash unexpectedly but completely on my own fault was frustrating… I think I sort of doomed myself and let it happen though, to try and alleviate pressure after having two really good races at the Namur and Zolder World Cups. The grassy flat field where we raced was greasy and I wasn’t able to find confidence in my cornering or the tenacity to attack and fight for time out of corners. The saddest part was probably that I shredded my favourite set of leg-warmers in the crash…

Bikes on bikes. Ever grateful and honoured by the privilege and work that goes on here (Cyclocross Canada)

The bike race is really the side story of the event. Diegem was the single craziest sporting event I’ve ever been to. There must’ve been 10,000 people in attendance because the park and area surrounding the 3km urban-esque course on the fringe of Brussels was absolutely packed. I didn’t dare enter the beer tents, which were basically mosh pits with a big screen showing the CX race next to the on-stage DJ’s, where a staggering 20,000L of booze was sold that day. I’m certain lots of people just came for the party and didn’t really care about the race, but they were paying all the same to get in, cheering for the athletes and supporting the event.

And for every person that didn’t care about the race, there was at least one superfan. I thought everyone was joking when they warned us first time Belgian visitors about the spectators who would come right into the pit area asking for rider cards (which you can usually sell for a euro or two), selfies with them, or to sign race photos they found of you on the internet and have printed for their rider-atlases. This was all a bit weird at first, it’s still sort of funny, but it is cool that these die-hard fans exist in cycling.

My result in Diegem wasn’t astronomically better than Loenhout (22nd vs. 28th – in fields with very similar top 10’s to the World Cup, but maybe a little less mid-pack depth and total size, although I think we were still over 60 for all three C1’s), but I was so much happier with how I raced. There was a lot of fast asphalt on this course, which I admittedly struggled to find confidence and speed on with the hard crash of Loenhout still fresh in my mind. I had a strong start from the 5th row and a clean ride despite only having one recon lap; more or less holding position between 20-25th the entire race. The best part of the race was after going back and forth for a couple laps with Sunny Gilbert, runner-up from the US National Championship, coming up the last set of stairs on her heels and then winning the sprint for the line (and almost catching another rider in the process)! I can’t recall actually ever beating someone in a legit finishing sprint before this, so that was awesome. 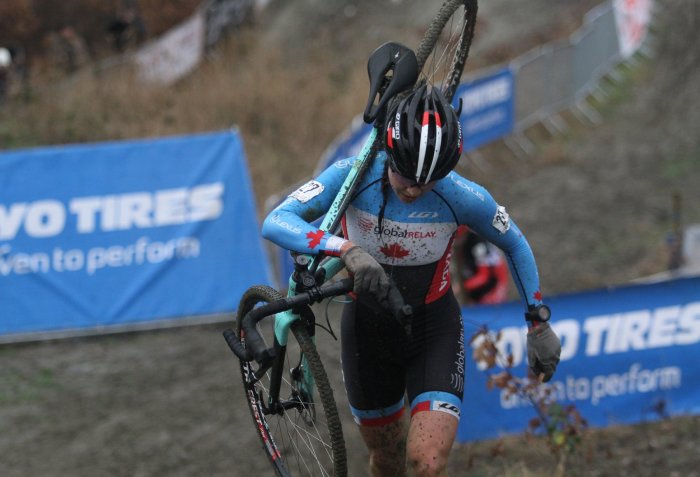 It seemed fitting that the Christmas Cross campaign was bookended by muddy races. Held at the Sven Nys Cycling Centre, the Baal course certainly lived up to expectations. Namur was gnarly and muddy, Zolder was fast and sandy, Loenhout was flat and greasy, Diegem was fast and urban, but Baal seemed like a really nice mix of features, terrain, and just enough mud to be sure you knew you were in Belgium racing cross.

I got off the line well but fell back during the second part of the course, lapping through in 17th, but then built up momentum and went 13th, 10th, 8th and 8th fastest lap times to cross the line in another sprint finish. No crashes or problems with the mud, did my due diligence and swapped bikes (mechanics were stoked to finally see me in the pits), had good legs, and fought right through to the end – which earned my two extra positions with a pass on the final corner and a 10th place finish! It was one of those day where you don’t really register that you’re suffering, I would feel myself bogging down but was OK and able to deal with it. I had similar sensations in Diegem, not quite as much, but the kind of legs where all I want to do is keep standing on the pedals and accelerating, it’s the best.

It’s funny, in these races, I never really knew where I was because there are so many riders, but I knew I need to keep moving up. I started this season with no cross experience, raced locally this fall and came to Belgium ranked outside the top 150 in the world, and with the points earned over Christmas I’m now ranked 107th. Once points from Nationals are added (after other countries have their Championship events), I should move up somewhere close to the top 80! I’ll probably slide a bit after that because this is the end of my cyclocross season and there are still a few World Cups and the World Championships to come, but I’m pretty inspired to race more next year.

Thank you for reading, and kudos to everyone who survived this whole post. It’s hard to be brief when you race so much, and they all feel like new bests. Cheers all, Happy New Year. Looking forward to getting back home, settling into routines, and getting ready for mountain bike season.