Summer is creeping to a close – as is my time at home, time with a job, time before school starts, and time to make decisions about the upcoming ski season.

To alleviate the concerns and doubts that people have expressed about my future as a skier: I promise that I’ll be on the start line this winter.

This summer has been incredibly refreshing. I left off my last post with an unsteady commitment and mixed feelings towards taking on another race season; saying that I’d make a call on things when autumn came around… Since then, I think I’ve come into a good place, a stable balance with my athlete-lifestyle and outlook on racing. Basically, I’m giving up on goals. That’s my goal, at least (eyeroll). Seriously though, I think that this could be my ticket to better racing, faster racing, and more racing in my future. 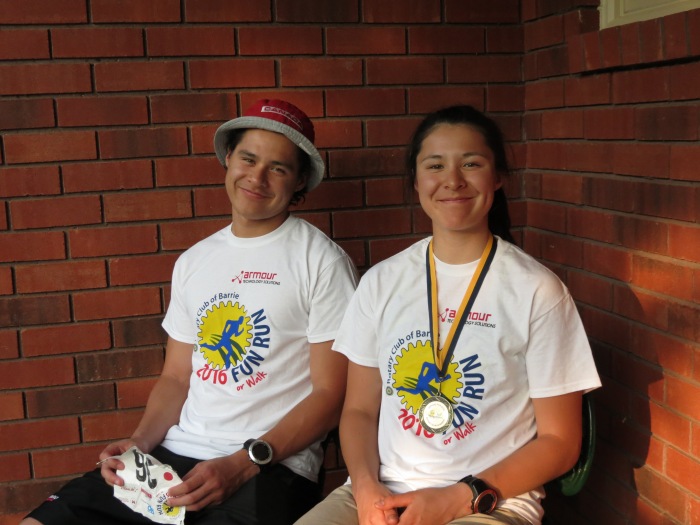 Cross country skiers have a ridiculously long preparation/training season. Those who pick up a training program on May 1st are looking at seven months of deliberate planning and preparation, then a couple weekends of racing, a couple weeks over the holidays to work on what they were lacking at the season openers, then big January races – hopefully followed by a berth at a major Championship at the end of January or in February. For those who miss out on Worlds and World Cup starts, it’s a long couple months until Nationals, filling the empty winter weekends with Plan B races.

Seven months of deliberate planning. Seven months getting yourself as fit, fast and efficient as possible. Seven months of the year focussing on the races in the winter ahead, all while keeping in mind that you’re also working on a four year plan – your quadrennial plan, the Olympic plan.

It’s exhausting just thinking about those long term progressions as I sit here typing now. It’s easy now to see how constantly thinking about my long-term goals and mid-term objectives wore me down so steadily over the past few years… And so where does that leave things now? Well, I still have a plan, but instead of it being a means to an end or ultimate goal, it’s a sustainable progression plan. Rather than building my life up around my goals and identity as a skier, skiing will now be part of how I build up my entire life – with skiing and beyond. Cha feel? 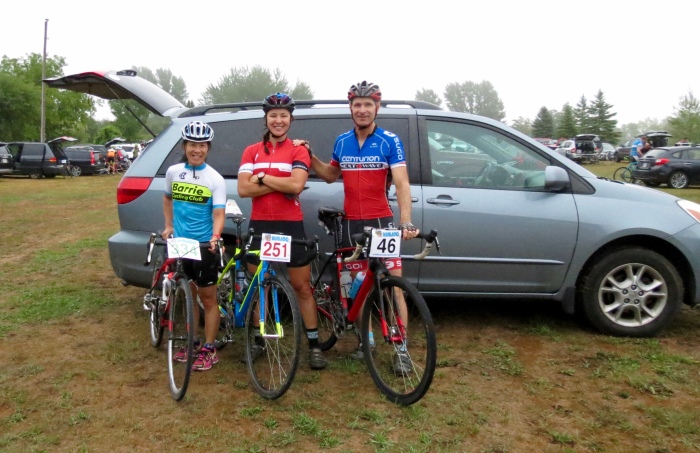 Building up some new foundations on the bike

Reflecting on the summer past… Even with a less regimented summer program, I’ve logged almost exactly the same number of hours as I did last summer (2 more, actually). So even though the big number is the same, the composition of that number is somewhat different. I’ve cut back on the amount of weight training I’ve done this summer – only doing one, maybe two, bodyweight sessions per week to maintain base strength, and have introduced more cycling into my weekly schedule.

So while there have been a couple minor shifts in what I’ve done with my training, I think where I’ve benefitted most is in the change in mentality towards training. Mountain biking, in particular, has been a fun change in pace. There’s an element of playfulness when you ride; which takes away from the physical strain of the hours of natural intervals out on the trails. Group road rides make for a steady, social outings with some shake up sprints and shots at Strava segments. All in all, it’s kept me feeling fresher and with more options to how I can train and build up my base in my general prep before hunkering down for the fall.

Looking ahead to the next few months, it’s back up to Thunder Bay to get back to the books and to “Get Specific” with training. I’m planning to head out to Canmore in late October for early snow at Frozen Thunder and then aim to hit a couple races before the holidays. I’ll leave off with few articles for thought (links and brief comments on each piece below) and an apology for the lack of fluidity in this post. It’s been a few tries to write it up, and quite a bit of pondering on how to frame things. Hopefully my writing improves as the lab reports and essays roll through this fall! 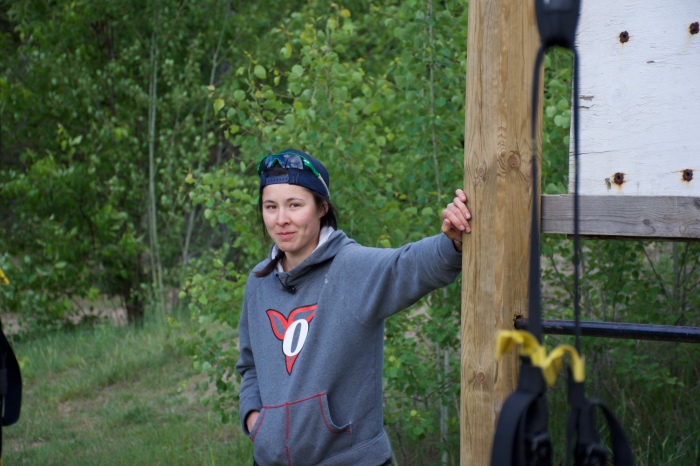 Running On Empty – First read this article last summer (2015) when I was feeling pretty run down and lacking motivation to train, but still grinding through the hours. It’s about Overtraining Syndrome (OTS), which they dramatize and frame as a mysterious thing… but a good read nonetheless.

“You climb and you climb and you climb, and your body adapts to bigger and bigger loads,” says Jeff Kreher, a physician at Massachusetts General Hospital and the author of one of the only comprehensive academic papers on OTS, published in Sports Healthin 2012. “But there will come a point where you reach the pinnacle and stop positively adapting to stress and strain, and instead you start responding negatively.”

Big Goals Can Backfire. Olympians Show Us What to Focus on Instead – An excellent piece; I think it captures and conveys my situation of late quite well. To say it speaks to me would be the with the modern lingo.

They found that overemphasizing goals — and especially those that are based on measurable outcomes — often leads to reduced intrinsic motivation, irrational risk-taking, and unethical behaviour… We see this unfold in the real world all the time: Someone becomes overly fixated on achieving a goal and loses sight of his inner reasons for setting out to accomplish it in the first place.

When The Games Are Over – The early parts of this article really clicked with me and how my season unwound at the end of the year, but how the author fell out with sport afterwards is exactly what I didn’t want to see happen to myself or other people when they come to the end of their elite racing careers.

That day was supposed to be the start of my chance to defend, or best, the Olympic bronze I had won four years earlier in Beijing. But halfway through the final, I stopped trying. After twenty years of training and racing, I had had enough. I was tired. Whatever fire had driven me to push my body to its extremes in 2008 had gone out. Suddenly, all I wanted was to be somewhere else. I slowed my rhythm, and, stroke by stroke, my competitors pulled away. I forced myself to paddle over the finish line. For some reason, finishing felt important. 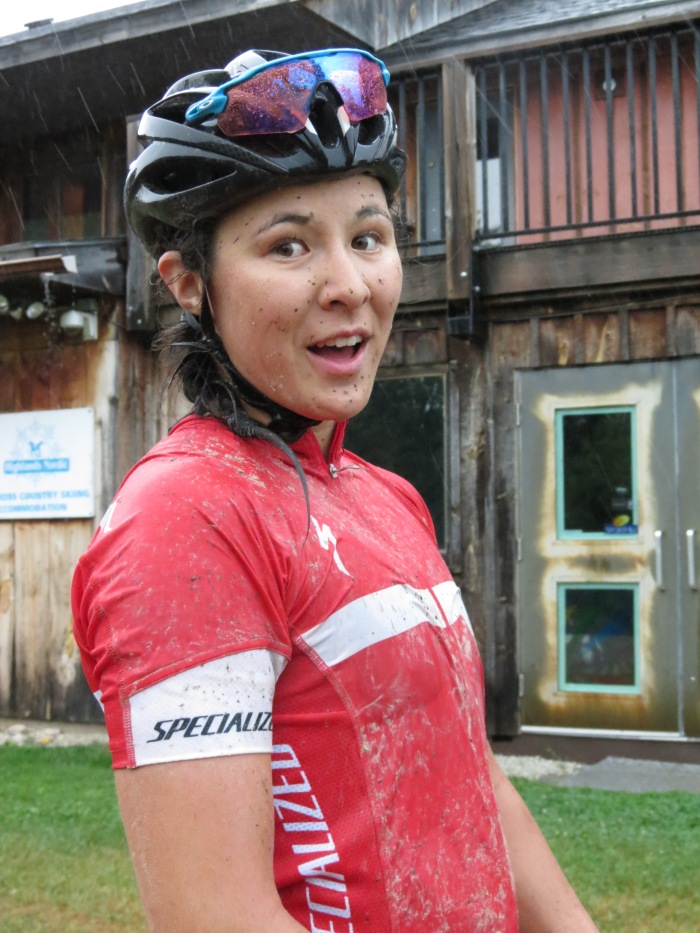 One thought on “Sustainability”