Here we are again. Another season done. The skis are waxed and packed away for the summer, the race suit washed and boxed up, the training log lapses for a while, and things are quiet.

I’ve slept in to 10:00 for the past three days. I don’t know that I’ve ever done that before. Usually I snap back to Ontario time right away after being out west, but it’s alright, all my classes are in the afternoon anyways.

Like many things this season, Nationals didn’t wrap up like I hoped they would. My well of motivation had run dry and my physical energy only a trickle. The 30km ended for me at about 15km when the elastic band between me and the rest of the chasing pack snapped. Once I started to see them go away of me, I was ready to pack it in. It’s hard to keep saying and believing I’m capable of doing better when I continue to fall short far more frequently than I come close enough to spark real belief.

Before now, I’ve never had to deal with compelling evidence that I’m not good enough. Compelling evidence being the numbers on the results sheet at the end of the day. I know a lot of people don’t like to talk about the numbers, because racing is about a lot more than digits and decimals… but at the end of the day, you’re not going to get picked for the National team, or World Championships, or the Olympics because you tried hard.

Everyone can try hard.

It’s a matter of having the talent, the technique, the training, the tactics, and the mental toughness all arrive at the same place, at the same time – all the time, that makes a great athlete. In a nutshell, and in my opinion… 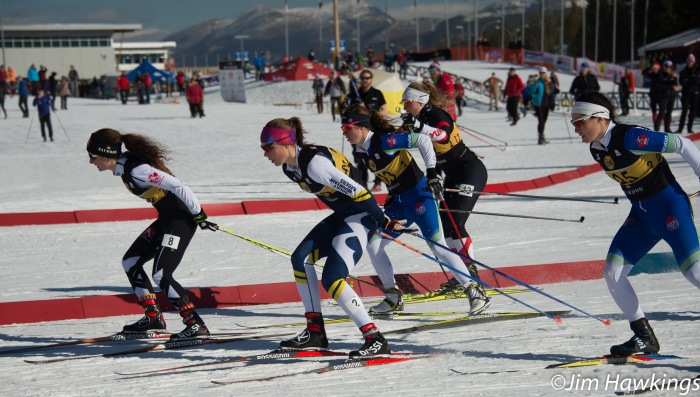 I think the number one thing that held me back this season was my lack of motivation and mental toughness. And when I add up everything I’ve done over the past few years and how my attitude has shifted during that time, it all seems to point to burnout.

What little bit of planning I’ve done for the future is to base myself back home in Southern Ontario for the summer. That’s about it though. After I’ve taken more time to digest this past season, and decide where I’m at for the next one, I’ll map things out and set sail. I think there’s still more great ski-adventures waiting for me.

(Thank you to Jim Hawkings for taking so many excellent photos at Nationals! You can check out his gallery here: https://jimhawkings.smugmug.com/Haywood-Ski-Nationals-2016 )