Our team arrived in Romania on February 18th after spending the earlier part of the week training in Seefeld. Given a couple more days to explore, I found some more great trails but unfortunately wasn’t able to make the most of them after losing the fight with my “almost-sickness”.

I spent the last day in Seefeld and the first couple in at the Cheile Gradestei Fundata resort sick. It was frustrating, especially after having already taken so much time off to manage my stress before coming to Europe, to have my best course of action to prepare for World’s be to do nothing. 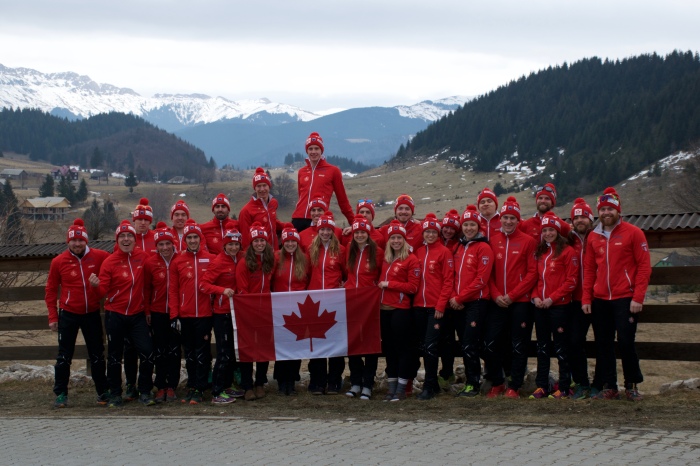 Normally, in advance of big competitions, there’s a build: you feel your training shift, your race form setting in, you start visualizing the races, you pre-ski the courses… but none of that happened this time. I basically didn’t train for the two weeks leading up to the races – let alone hone my race shape, and the courses didn’t exist until it was time to race… It has certainly been a different experience than I’ve had before.

Stadium bustling on our one official training day

In terms of the conditions, at least everyone was in the same boat. It was no great vessel, but stayed afloat. The course was laid out and we were able to train on snow on Sunday, the day before the races. Saturday was my first day feeling well enough to train and didn’t waste any time easing into it, putting in my best attempt at race prep intensity on rollerskis down at the base of the mountain resort.

Racing began on Monday with the skate sprint. I qualified 25th, about 10s off the pace, earning myself a place in the heats – little victories. I then placed sixth in my quarter-final, 2.6s off the pace – learning victories. I finished the day as the top North American, 29th on the day – bittersweet victory.

All things considered, it was a good sprint. A top 30 international debut is alright… It’s just hard to quantify how much being extremely stressed, sleep deprived, and sick leading into Worlds actually affected my performance. It’s harder to convey it to other people without feeling like I’m making excuses.

I think the best way to handle it is to try and take things in stride. Some things just are as they are and will be what they’ll be.

Sometimes you just have to smile and wave

The 10k classic was what it was, 10km of classic. I didn’t show up on Tuesday. Warming up, I couldn’t find any get any good race feel from my body. It was still dim at 8:47am when I started, and maybe the poor lighting was why I couldn’t find the switch in my mind to turn race-mode On. Or maybe I was just tired. Maybe it’s the same thing. Maybe, maybe, maybe…

One thing I’m sure of is that I’m not proud of the 10k. Maybe it was my fault for checking out and not racing, or maybe my body wouldn’t have let me race anyways. I’ll use the sick and tired crutch one more time, I guess. 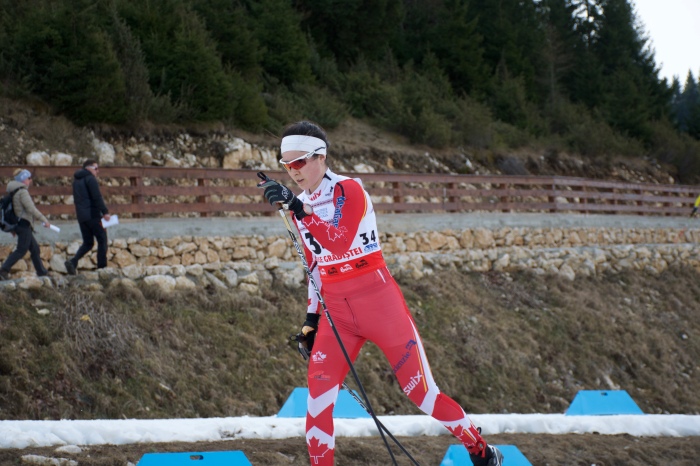 No matter what the numbers read as I leave Romania and my first World Championships, I know these won’t be my last on the World stage. I don’t really have much more time before the next adventure, actually.

The Ski Tour Canada (World Cup level races) kicks off on March 1st in Gatineau, QC. I am one of twelve female athletes who will be representing Canada in the event. I will also be proudly representing Ontario, Thunder Bay NDC, and Team Hardwood.

Over the next few days, I’m going to turn myself around from a disappointing World Championship experience. I’m going to find myself better physical health, emotional well-being, focus, and purpose. That’s the plan at least; in my experience, planning seems to be the easy part. 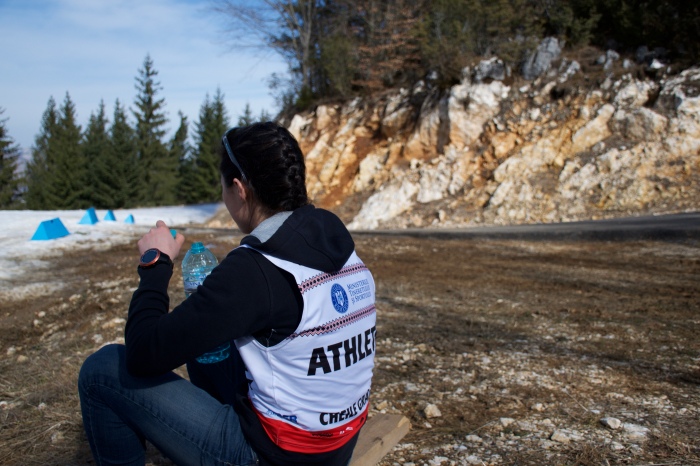 Planning for the next