Fall is in the air.
The mornings are cooler, the days growing shorter.
The leaves rustle as they become crisp, changing colours.
The air has a distinct smell to it; it smells like winter is coming.

There isn’t much time left now before the ski season will be fully underway, and I don’t have much time so this will be a rapid-fire update for the fall so far. I’ve already made a long, wordy title for this post, mostly because it made a nice alliteration…

At the start of September, our team, along with many others in the Thunder Bay sporting community came together for the Fresh Air Strong Run at Kamview. As many of you may know, the Thunder Bay Fresh Air had a bad fire at their store at the end of the summer. They are in the process of relocating and share regular updates on their Facebook page. 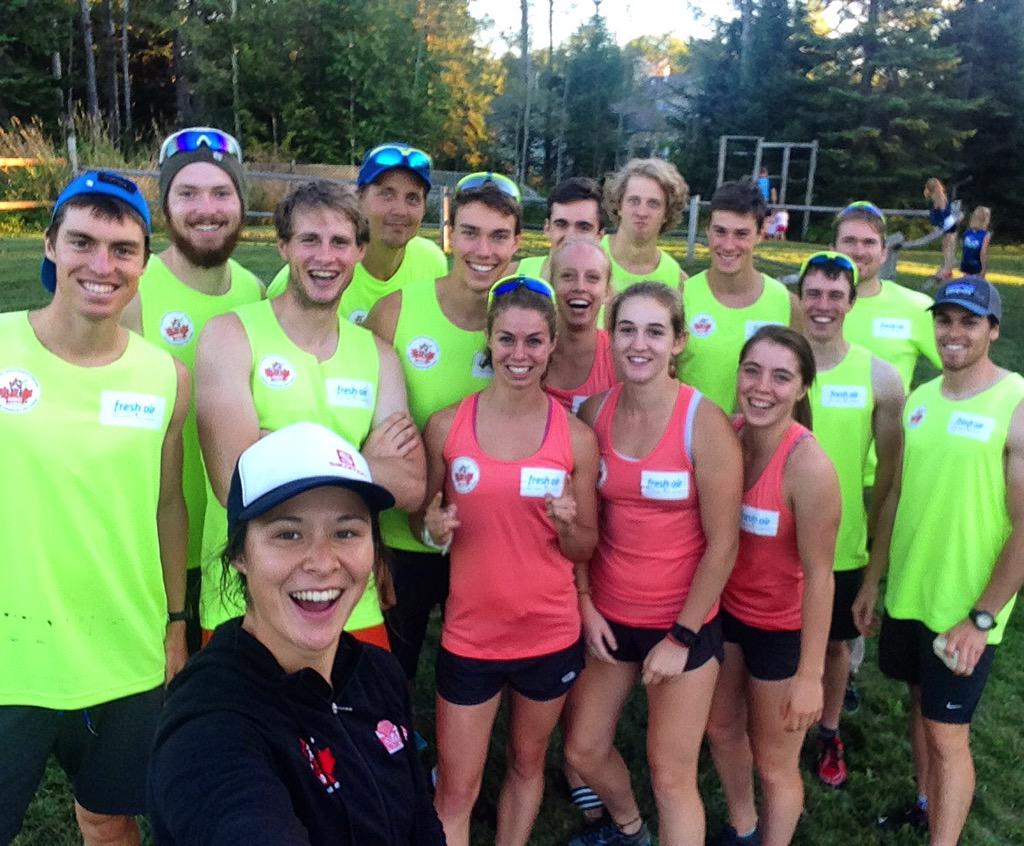 NDC crew out at the Fresh Air Strong run at Kamview

At the event, our team all ran with younger athletes from Lappe and Big Thunder rather than racing (we had the 3k Uphill on tap the following morning). I think it was a positive experience for both our team and the club skiers. Since the run, I’ve been going out to evening practices with Lappe on a semi-regular basis to help out and interact with the skiers there, it’s been a nice change of pace for me.

Our team also had our second testing week of the year – completing incremental treadmill testing, 3k Uphill-ing, Minnow Hill skate and double pole testing, an Birch Beach skate TT testing. My week of testing was rather unremarkable. The results were similar or slightly better than in the spring. I think I was still carrying some residual fatigue from a tough month of training in August. 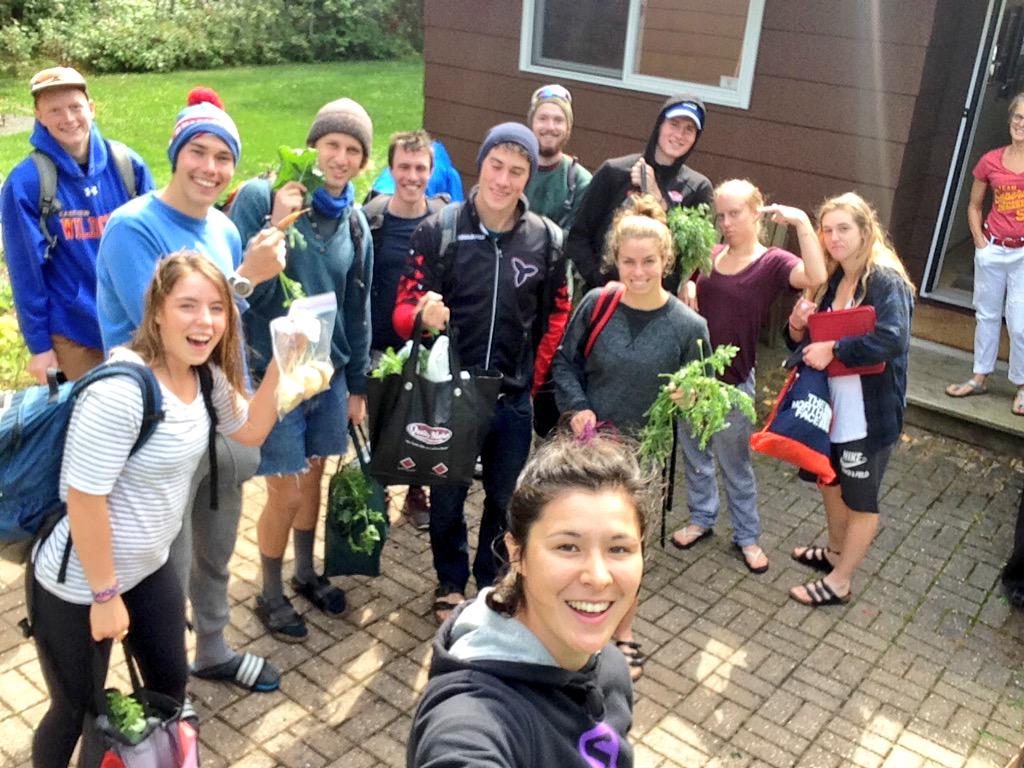 Post-TT lunch at Sadie’s family cottage (making good use of the selfie stick, thanks Mom)

After testing week (early-mid September), the older folks on the team (aka everyone older than me) went down to Park City Utah for an altitude camp with the National Team and other Training Centres. Park City sounds like a pretty top notch place to train, but I don’t regret not attending the camp.

My main reason for not going was the need establish consistency and familiarity in my training routine, which meant staying in Thunder Bay. Other reasons were that I’d be putting myself in a somewhat high risk situation of cooking myself, putting in long hours at high altitude (over 3000m some days) in a competitive training environment. Although I am pretty good at self-regulating how I train, I don’t think I’m entirely mature enough to keep it in check for this kind of camp at this time of year. Last reason was that school started, and I didn’t want to miss the first 3 weeks of class…

Although team training sessions were fewer during September, our number of community outreach was up by nearly over 9000%. Those in town took part in the Thunder Bay Exploring Our Routes event, and Open Streets TBay. Both outings helped showcase our team and allowed us to interact with active people who are not necessarily part of the ski community. 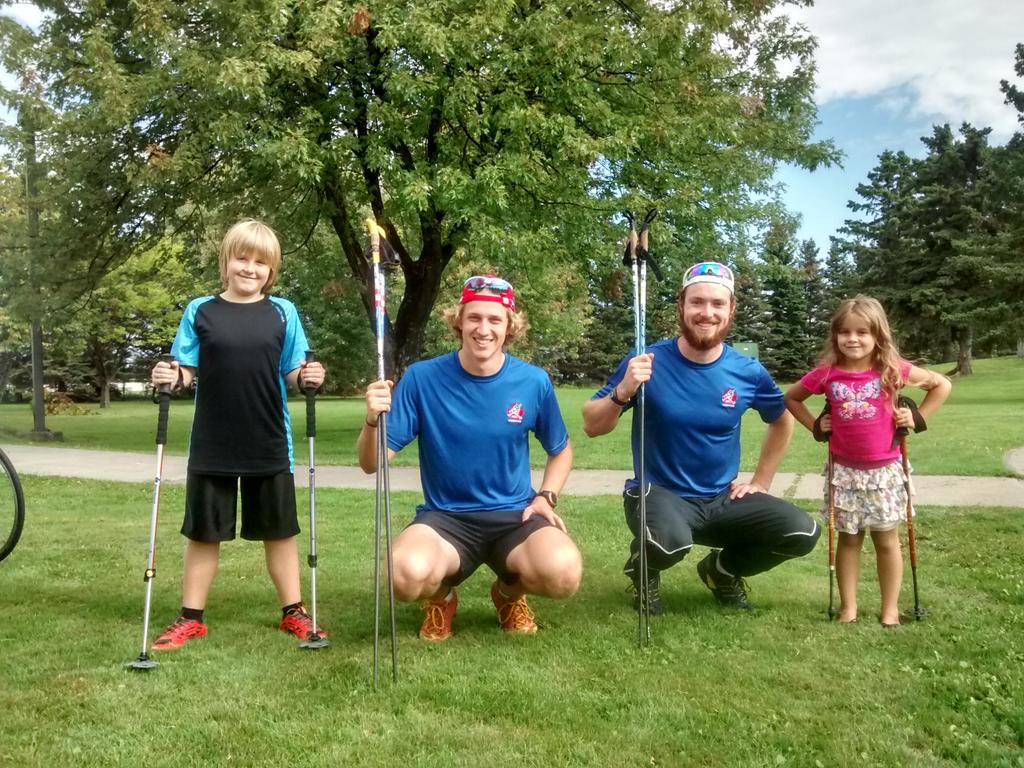 Moving into October, on Thanksgiving weekend Lappe hosted the annual Sawdust Run – a 5.6/11.2km trail race. The conditions were much more favourable than the slick, snow covered ground we were greeted with last year. With better conditions (and slightly better form, I think), I knocked 50s off my time from last year, clocking in at 22:56. Only another 50-some odd seconds slower than Brittany Webster’s record from ’06… 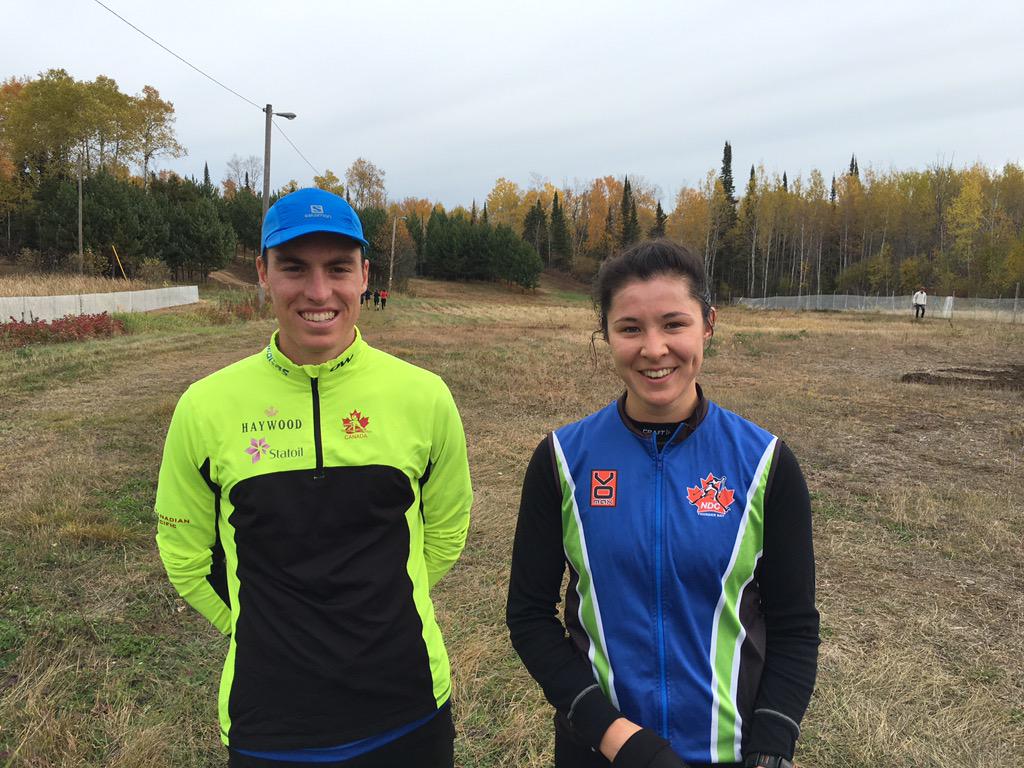 Fall is also the time for getting new equipment! Katherine’s gear arrived with the athletes coming back from Park City. It was an exciting time – teammates and gear all arriving in town. Kath was so excited she started putting on her stuff and testing it out in the kitchen:

When new gear arrives and you can't wait to ski @Kstewartjones pic.twitter.com/hLAC4N8msG

My new Salomon gear isn’t in yet, but I’m excited to get a couple new pairs of skis and fresh boots for this season. So excited, in fact, that I spent a couple hours ironing wax into my current fleet of skis so they’re ready to go when we head to Foret Montmorency for “Boreal Glide” at the end of the month.

Following the Sawdust run on Saturday, I did a double down for Thanksgiving dinner on Sunday and Monday night. The meals were separated by a Zone 3/4 ski walking/striding workout at Trowbridge. It was strange, as a team we do a lot of intensity workouts here, but I seem to have missed all of them this year. The last time I did intensity at Trowbridge would’ve been last fall after Frozen Thunder. The hill hasn’t eroded much since then… 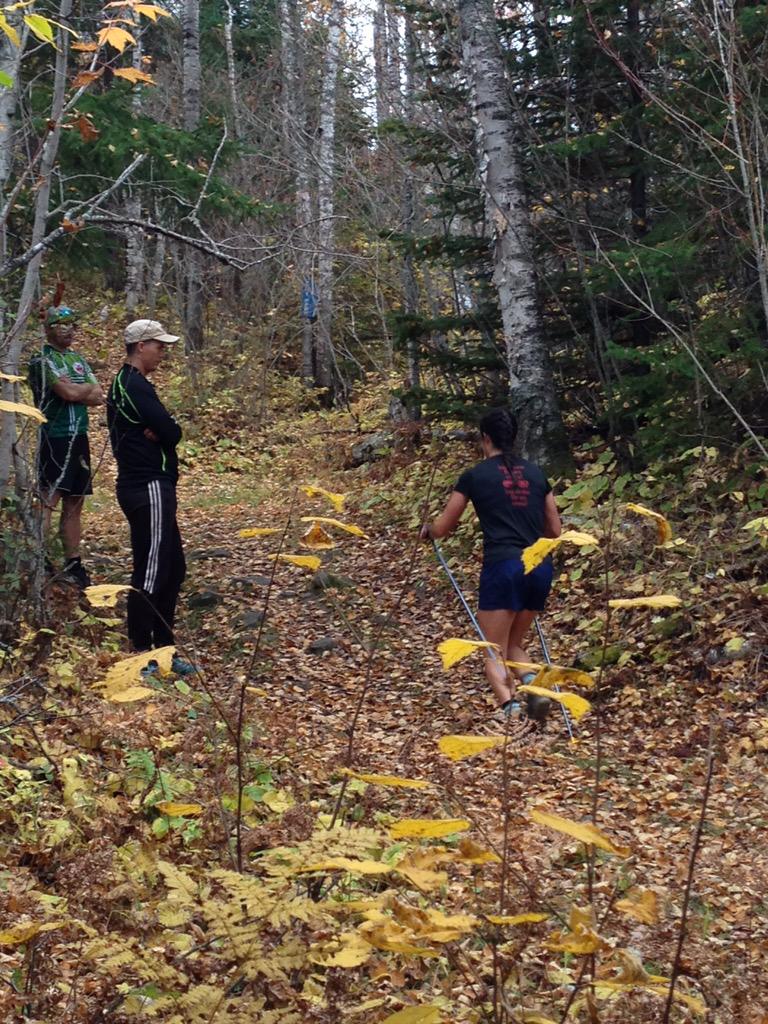 And that’s about it. As usual, I’ve managed to turn a lot of “not much” into a remarkably long post. As a sign off, I’ll say that school has been going well so far. Things are manageable with just one lab this semester. Next week we start doing some machine work, so far it has only been safety protocol and practicing measuring how flat the floor is (v exciting stuff). Otherwise, business as usual for the next couple weeks until we head out for skiing in Quebec.

Til next time – stay fly, friends.