The cabin fever is getting pretty real here in Quebec.

We’re now into the third day of the camp, and as many without WiFi.

As the wise Joni Mitchell once sang: “you don’t know what you’ve got ’til it’s gone.” And without WiFi, we have all come to realize how silly-attached we are it to. I reckon it’s not a bad thing to be disconnected for a while, but it is a bit of a hassle when you need to do things like pay bills or do work-related things that require internet.

Alas, I find myself at the house where the AWCA girls are staying for the camp and blessedly have internet. That’s not to say I’m just here for the internet, they are also excellent company and one of the main purposes of this camp was to have more interaction and integration of the training centres. So really, there’s a lot of good coming from this.

Since it’s been a while since I’ve done a proper update, I’ll try to narrate what I’ve been up to mostly through photos… of which I have unfortunately not taken many. I’m still off my blogging game, which personally I am okay with because I don’t have to nag myself to be taking photos all the time. Well, actually I’m okay with it until I decide to write a post and realize I don’t have adequate photo content (ie. right now).

Anyway, here’s what I have along with brief narratives on what I’ve done:

Since returning from the all-Canada camp in Canmore, our team has made our way through a few micro training cycles – hitting some post camp intensity, a nice volume block, then a bout of strength focussed training where we made mad gains. Within those cycles we are also  developing our croquet and disc golf skills. 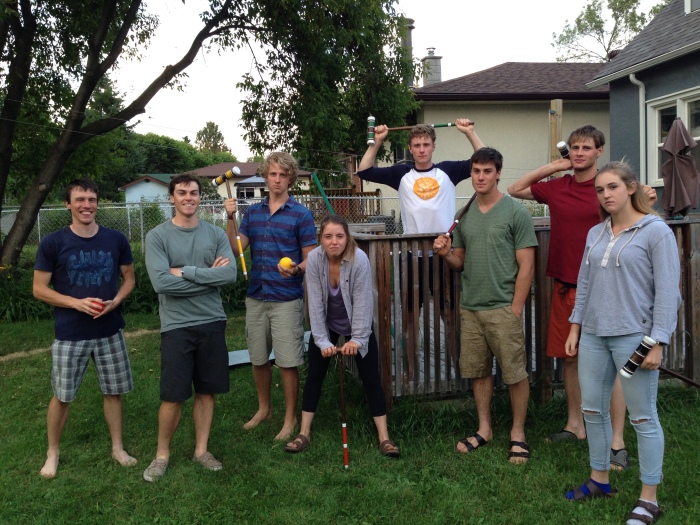 On one of our active-recovery days, a group of us also met up at Boulevard Park for a round of disc golf. We learned that none of us are particularly gifted at the sport, that Julian can throw further with a putting disc than most anyone else with a proper driver, that you can use a regular frisbee with some degree of success, and that the regular’s at the course don’t like it when you yell too loudly over a bad toss (or a good one). 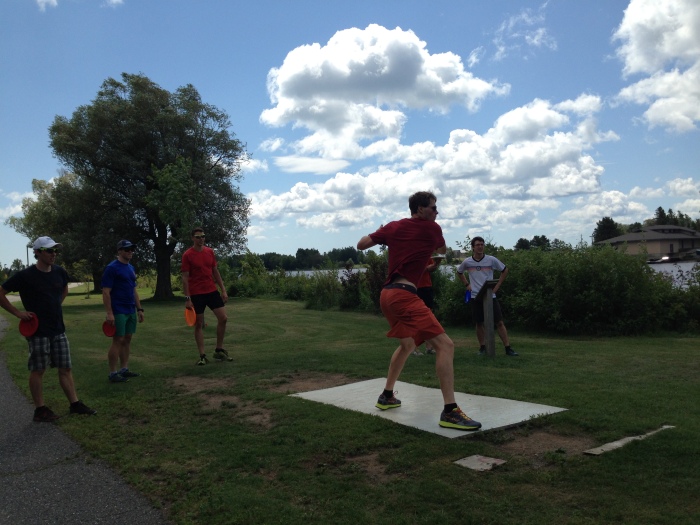 Bob about to send his disc off, others keenly awaiting their turn to tee up

Before heading to Quebec for my second major camp of the year, I took a jaunt down to Indianapolis for the post-summer break MotoGP race. Having followed the circuit quite closely for a few years, it was super cool to be able to experience a race in person.

Pano from the stands on race day

The stands were far from packed, but there were still about 70,000 people there for race day. Talking to some of the locals and regular race-goers, apparently they get upwards of half a million (500,000) people for the Indy 500! That’s crazy.

What was most cool was how freely you were allowed to move around the course. You needed to buy tickets to gain admission to the better stands, but with General Admission tickets you could plop yourself on any of the infield rises. From there you can still get a good view of the race, and be real close to the track. Even with earplugs in you can hear the bikes go tearing around, and even feel them as the go by you. I definitely recommend adding ‘attending a major motorsports event’ to your bucket list, if it’s not already on there.

Reppin’ some Thrive Strength and Wellness on qualifying day

The drive to and from Indianapolis from Toronto was the one slight damper on an otherwise excellent trip. The highlight of the long drive was probably some of the signage I encountered en route. The following roadwork sign read as follows: “Speeding – Fines Doubled – Cause Death or Injury – Fine/Jail”, which struck me as very American. 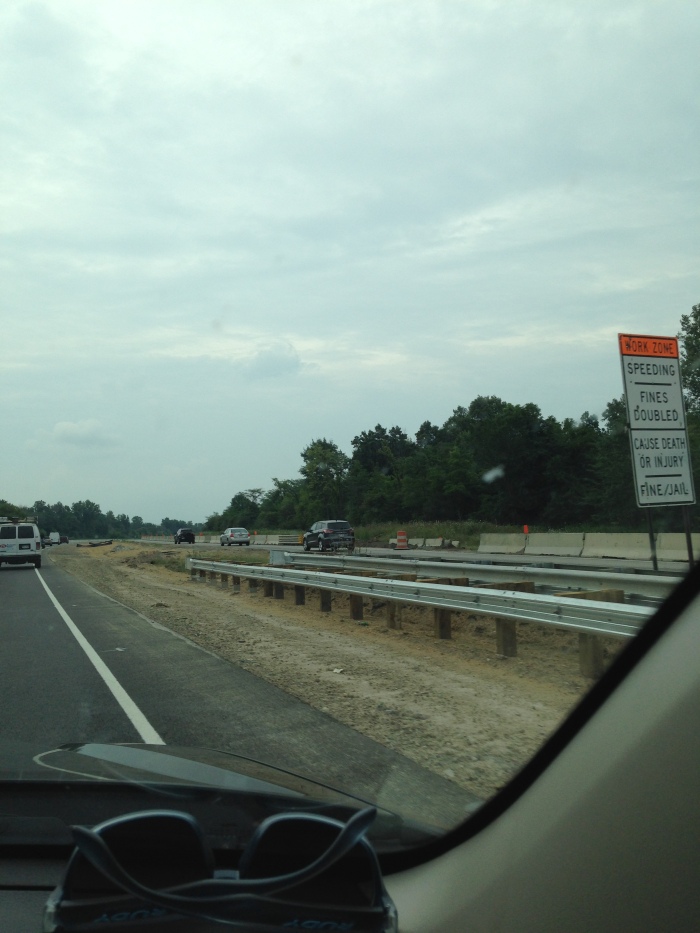 This one at a gas station caught my eye and gave me a good chuckle.

And then it was back to skier-land.

The camp in Quebec is a girls camp, with all the training centre and a number of provincial team and National Talent Squad athletes taking part. As mentioned in the interlude to this post, the NDC crew is staying at a place sans-internet, but happens to have 4 rocking chairs and 3 shower caps which have provided adequate entertainment.

Squad ready to go out for a run, in the rain, the pouring rain. L-R Me, Mia, Kath, Zoe (Nakkertok skier), Sadie.

On Monday, my first day here, it poured rain from dawn till dusk. We all got soaked during both of our two workouts and most of our gear has remained quite saturated since it’s been so humid. This was my first roller ski in the rain this year, and I envied people with fenders for every moment of it.

The following day we did a building intensity workout on the rollerski track. It was still quite wet from the rain and as a result was quite slippery, especially on the big climb on the track where you have to offset. Despite the dreary weather, everyone has been in good spirits so far.

Crew ready to do some speeds on Monday (CNEPH photo)

This morning I did an OD skate rollerski with a technique focus block at the paved track they have at the Mont Saint Anne Nordic centre. The catch with the technique was that I was skiing behind one of the CNEPH team vans, along the path, that had a big mirror propped up in the trunk so I could watch my own technique in real time. It was an interesting experience, useful I think. Outside of things I learned about technique, I realized that I don’t multitask so well – I could either watch myself in the mirror, or think about what I was doing with my technique, but not both. It sounds a bit silly, but trying to analyze what you’re doing (by watching the mirror) and being aware of what your body is doing at that moment is difficult.

Well, this post has (as per usual) become much more drawn out than I anticipated so I’ll call it a wrap. I will try to get an update out later in the camp or after things wrap up here in Quebec. No promises, since internet is scarce in these parts.