After a few more days of sunshine, snow, and skiing, it was time for me to pack up my bags and head back to Thunder Bay from Canmore. After saying goodbye to Andrew, Carrie, Jazz, Josie, Ben, and Zoe (my hosts and their cats), I was up and on my way eastward for NDC Boot Camp.

Snap from the gondola on the way up

//Taking good pictures has recently become more difficult. The screen on my camera used to be half broken (half blank), but now the screen is completely kaput. I can still point and shoot, but I have no idea what I’m actually taking a picture of. More inconvenient is that I can’t tell the battery is doing, manage photos on the go, or see notes on when the memory is full. Time to start looking for a new camera more seriously I think…//

Up in the meadow

Back in Thunder Bay, we got started on the 23rd-24th with an incremental workload test done running on the treadmill. As with past years, this test was a sweat-fest special, hammering away on the now severely abused far-right treadmill at PUSH. With 14 athletes on the team this year, it was two long days of testing and data acquisition for the coaches Timo and Vic, and that poor treadmill. It’s a wonder it hasn’t given out yet, a testament to good engineering I suppose.

We are also joined by Ontario Ski Team coach Andrew Casey for the week. This year Cross Country Ontario has hired Andrew as a contract coach to support athletes at designated training camps, so each athletes club coach can still develop and deliver the day-to-day programming they want for their athletes and then ship them off to camps every couple months. I think it’s an excellent arrangement as it provides the OST athletes with exposure to more coaches and focussed training groups, but also facilitates the development of the club coaches through mentorship opportunities with the OST and NDC. Mike Viera has also been hired as the Ontario Talent Squad coach, delivering OTS programming for Juvenile aged athletes. You can read more about the OST and OTS programming on xco.org

Okay back to testing week –

A rainy skiwalk session at Centennial

(Note: the above and the following pictures have been shameless poached from Andrew, who I thank for photo-documenting the week.)

The main purpose of this camp is to establish a baseline for the coaches so they can better address the immediate and intermediate training needs of each member of the team for the upcoming training season. The tests are spread over 8 days, and the sessions in between are filled with regular training activities, planning, and paperwork meetings. 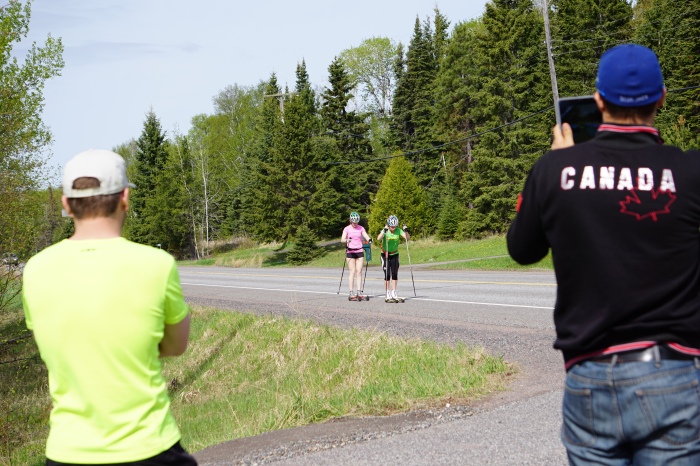 So far, we have done just the treadmill and the 3k Uphill Test Run. I ran a 13:31 on the 3k, which is 12s off my personal best from last year. Based on how I ran the treadmill test earlier this week, I know I’m in good running shape, but things just didn’t come together for me for the 3k. Although I’m a little frustrated about how I ran the last kilometre of the test, I am optimistic about the result and think I can lop off some time when we re-run the 3k later this summer. 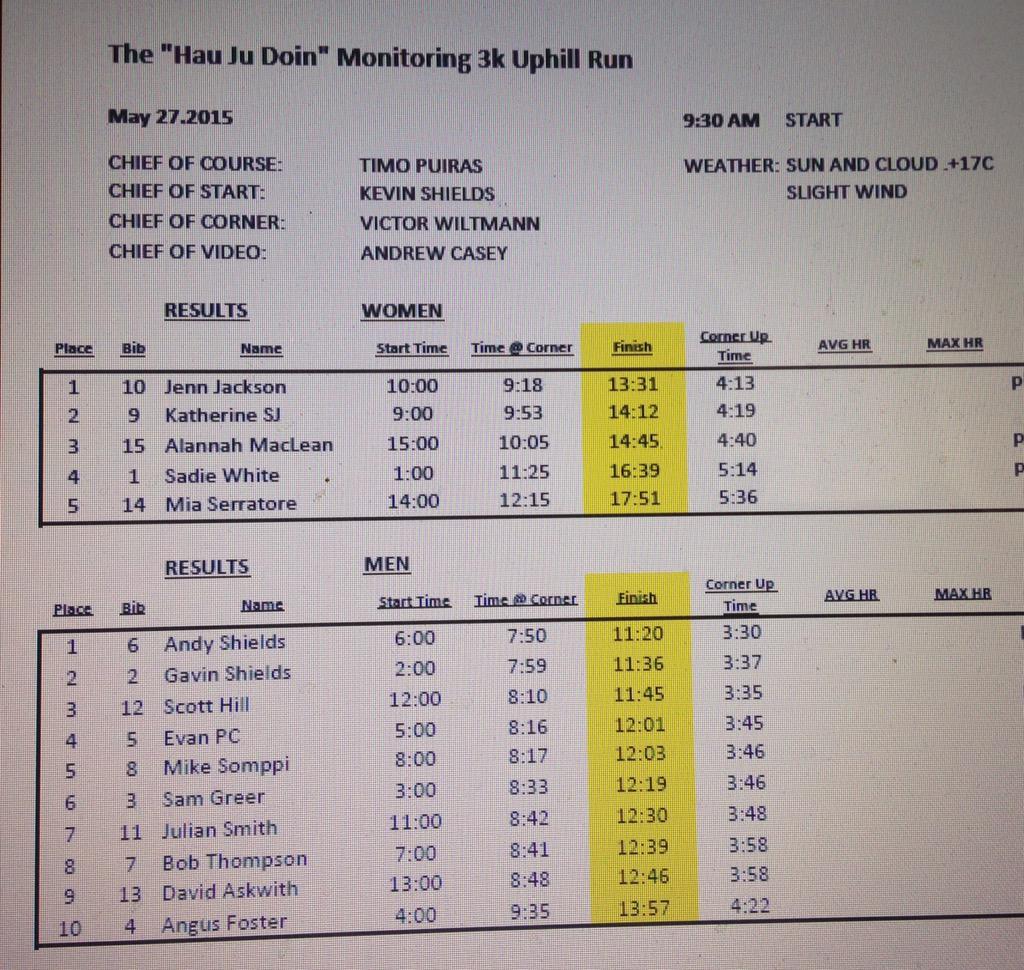 We now have a couple more days of regular training: a roller ski today and FMS screening and a hike tomorrow, before our uphill roller ski tests on the weekend.

This year, with a team of 14, we have five girls and nine dudes. Here is the roster from Cross Country Canada’s official team announcements:

It’s the biggest training group I’ve ever been part of and should have a positive impact on the growth and development of the team. I am planning on writing short bios for all of my teammates, similar to what I did last year. I hope to get them out in the next few weeks, in the meantime you can check out last years’ bios: