Today was my third day on snow this season. I’m starting to get my skiing legs back under me and look decidedly less spastic than I did during the first few minutes of my inaugural ski on Saturday. I’ll give a (hopefully) quick recap of the first few days of the camp thus far.

The team and I arrived in Calgary on Thursday, some by plane and some by automobile. Scott and I were on the early flight, and had some time to kill before the rest of the crew arrived so we took the bus to downtown in search of things to do. After a bit of walking around and internet browsing we decided to head over to the Talisman Centre. It’s a multipurpose recreation facility with swimming pools, diving towers, basketball and volleyball courts, fitness centre, and a track. Scott and I both used to play basketball so we shot hoops for a while before going for a run along the river to shake out the legs from travelling.

We then took public transit back to the airport where Vic, Evan, Dave, and Rick Dickey (Highlands Trailblazer coach) picked us and the rest of the team up in the van. The drive to Canmore takes around an hour and we arrived late in the afternoon. The Frozen Thunder loop didn’t open until Saturday, so we bought our trail passes and planned a hike up Sulphur Mountain for the next morning.

The hike started in true Thunder Bay fashion – bushwhacking. The trail head had been washed out by rainfall which had turned into a ravine so we had to do some improvising to get on track.

Scrambling up a steep section

It was a very nice day for a hike.

Heading down towards the river crossing

There were lots of fallen trees and washout debris. We had to go downstream for a while before we found an okay place to cross. Even still, the log were quite slippery and most of us got wet feet trying to get across.

The hike itself wasn’t too exciting after that. The trail was very sterile but still provided some nice views (esp. with the morning lighting). 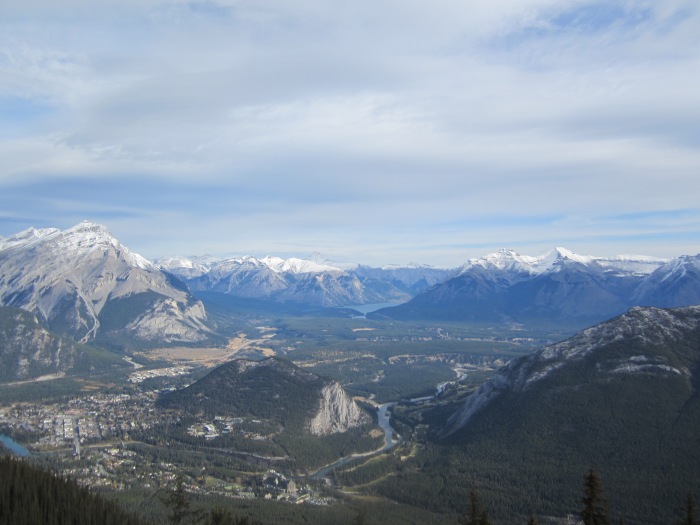 Looking out from Sulphur

We even found some natural snow on our way up! 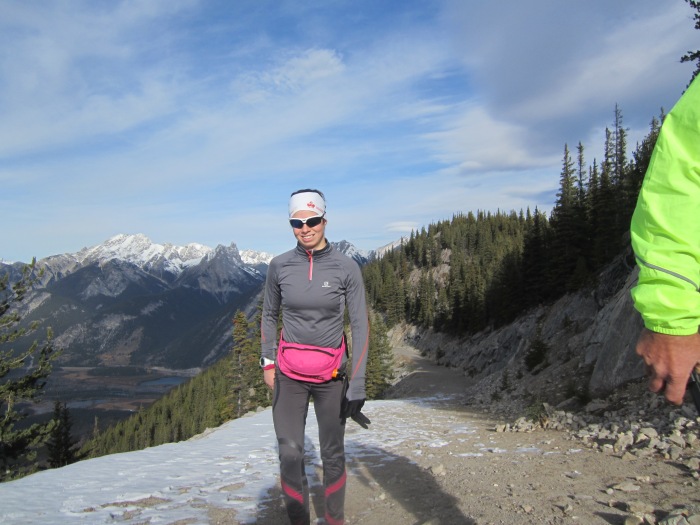 a dusting of snow

On a side note, this was the same mountain a trekked up with Highlands back in 2011 when Nationals were in Canmore. We came up the front side of the mountain (as opposed to the back like we did this time) and took the gondola down (as we did this time). It was the day before the team sprints and in retrospect a strange thing to do before a race day…

Saturday was our first day on snow. I did a nice 2.5hr classic ski. The technique came back to me much more quickly than I anticipated.

That afternoon I went with some of the boys to meet up with a few Academy skiers for a game of flag football. It was a lot of fun. We played 8-on-8 and there were enough people who had hands and an arm to make it a good match. Best active recovery since Orienteering after the Sawdust…

Back to skiing, our team has been getting early starts to the training day to avoid the crowds and because the track is much firmer first thing in the morning before it warms up. The weather has been quite mild, hopefully it cools down so we don’t lose too much snow.

Looking back up over the wax buildings

The morning lighting today was pretty cool. The screen on my camera is broken right now (I only get display in the top right corner) so I can’t preview my pictures and framing things is much harder. Thankfully everything in Canmore looks pretty nice right now so I can point and shoot without thinking too much about it. 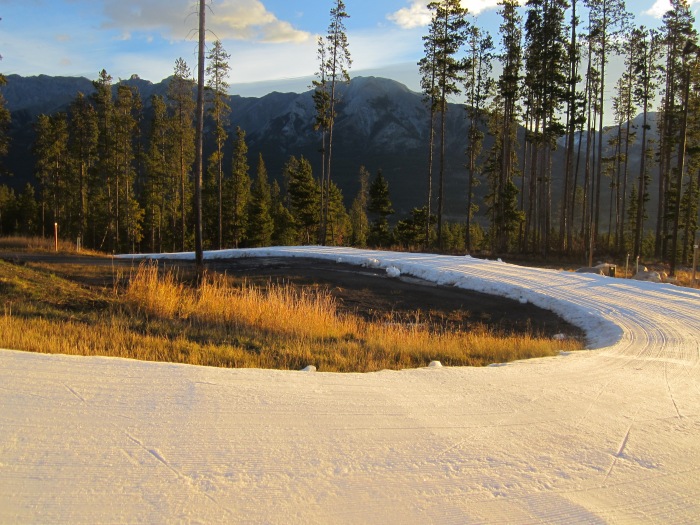 heading towards the start of the loop. wish that light post wasn’t there.

We skated yesterday and today. The skate technique is coming back more slowly than the classic, but by the end of my ski today things were starting to come together.

from the start of the loop, with the groomer 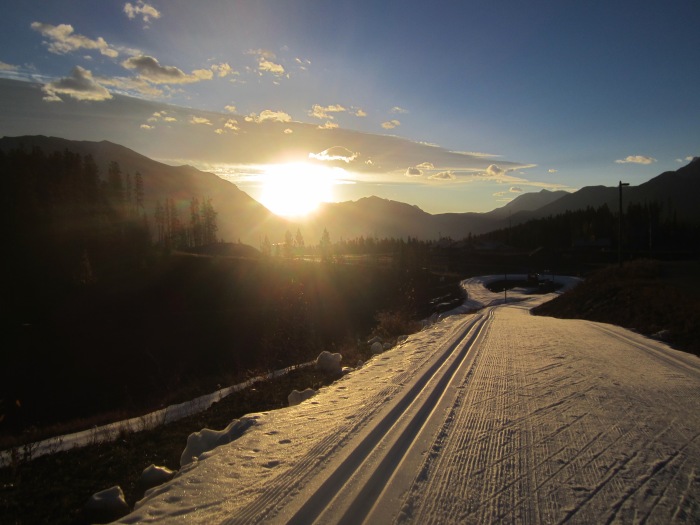 And that’s it for now. We have a strength workout up at the Bill Warren this afternoon. Our program is a bit lighter now so we can focus on our on snow training and not be too worm out from the gym. I’m looking forward to the first intensity workout of the camp on Wednesday and the classic sprint races on Saturday. My goal this year is to not flail so much and to qualify for heats (they do 4 heats of 4, so only 16 qualify), which may not sound like a big deal… but with the Canadian and US Nationals teams present + Academy + other fast people present, it’s probably going to be one of the most competitive races in North America this year.

Endnote: “Frozen Thunder” sounds like it could be an ice-cream flavour or something.

One thought on “Frozen Thunder”