This is final segment of a three part series where I have attempted to write accurate and entertaining bios for the athletes of NDC Thunder Bay 2014/2015. Parts 1 and 2 is already done and can be read here and here.

As there are conveniently three parts, and three athletes per part, I have omitted myself from this bio-ing.

I’m quite relieved that there are new people on the team this year. After being dubbed “Junior Jenn” last season, I was mildly concerned that there wouldn’t be any new people joining the team and that I’d be the only junior on the team (and thus retain my title, which I probably will anyways…).
Joining the training centre was a big step for me last year; moving away from home and diving headfirst into the full-time athlete lifestyle was a steep learning curve. The Rookies are all about the learning. You can feel the enthusiasm and eagerness to learn more, to be better, and to try new things just oozing out of them. It’s kind of contagious. These new boys have a great group of older guys to chase after, a tight-knit team to grow with, and coaches to guide them. I’ve even learned some new things since they’ve joined the team. It’s funny how you can pick up something new by watching people as they try to figure out things you (thought you) already knew (if that makes sense). 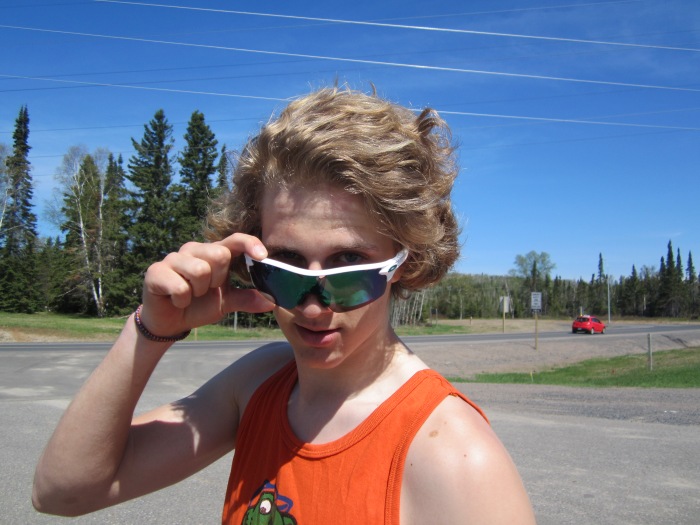 This is Julian. He’s gung ho about -well- everything. If you’re looking for an upbeat personality, you needn’t look any further than Mr. Smith from Georgian Bay Nordic. Not only is he the Junior Boy’s National Sprint Champion, but he’s also got a winning personality and is the people person of all people persons. If he wasn’t a wicked fast skier, he could probably make a career of making conversations. Julian is the kind of guy who isn’t intimidated by, or afraid to break the silence that follows when a speaker says “are there any questions?”. Julian is also looking to join mine, Ben’s, and Vic’s engineering-skier posse this coming fall. I can attest that it’s no small task: balancing engineering with skiing, but I think he’ll do good. Ski goals for Julian this year include qualifying for both World Junior’s and the Junior National Team.

This is Sam. He’s too happy for his own good. He also has seemingly endless amounts of energy and enthusiasm. Sam and I come from the same hood, went to the same high school, and both started our racing careers with the Highlands Trailblazers – based out of Highlands Nordic in Duntroon, which is owned and operated by Sam’s family. Also a bit of a goof, sometimes it seems like Sam’s mind is moving at a million-miles an hour and he can’t even keep up with himself. And that isn’t too far from how he is as an athlete – always on the move, always moving fast. Being more the type that a coach has to tell to “slow down” than to try and motivate or prod, Sam is keen to get the ball rolling for his inaugural year on the NDC. With goals of qualifying for the World Junior Championships and Junior National Team, Sam and his fellow rookies will have their work cut out for them in a competitive Junior Men’s field. 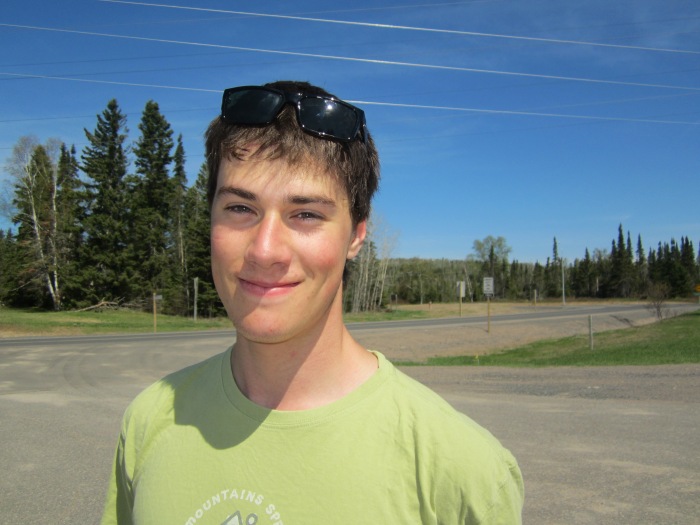 This is Dave. He’s is pretty cool dude. He rides a single speed – so he’s obviously cool. Not to mention he also shreds on the scooter. Dave also hails from Georgian Bay Nordic in Owen Sound, and is a trailblazer for his small club. Taking the club international last year, Dave raced the anchor leg of the relay at the Norwegian National Championships in Lillehammer. Dave is an “up for whatever” kind of guy. He’s always ready to try new things, and even though his steady voice won’t give it away – he’s usually pretty stoked to hop in. Dave’s go-with-the-flow personality and agreeable nature fits him in well with the rest of the team. Already one year out of high school, Dave is looking to put together some strong results for his graduating junior season and qualify for the World Junior Championships in Kazakstan this winter.

And that’s a wrap.

It’s been a slice, writing these profiles for my team-mates. I think it’s been good for me; to examine what I really know about these people I spend so much time with, and then to take a snapshot of their personalities, characteristics, quirks, and qualities to share with you.
Yes, a pleasant change from the usual blogging and (sometimes) boringness of everyday ski life. But hey! – things are getting more interesting now. I’m currently in Bend, OR for a training camp with my team, CNEPH, and the World Cup Team – should be good. Look for an update (and possibly a video) in the next couple weeks!