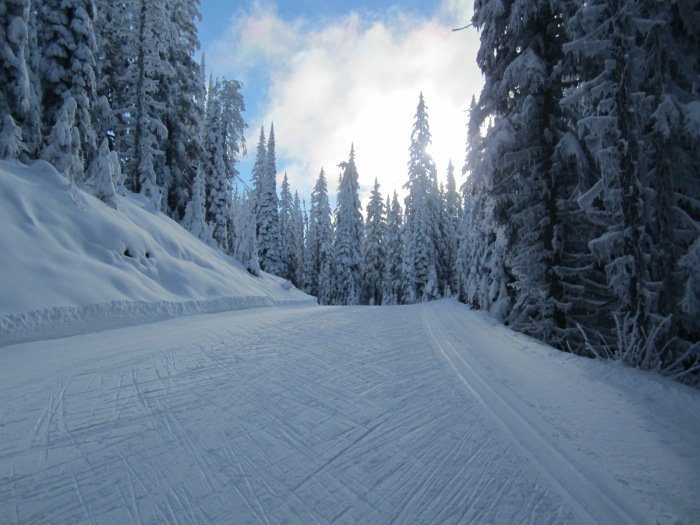 It’s not difficult to lose track of time when you’re in a place like this… This year marks my 4th trip to Silver Star, and it never ceases to impress. There’s something about those snow covered trees, crisp winter air, and the way the sun creeps over the mountains in the morning that just gets me. Everything about being in the mountains is so surreal. Sometimes I forget that I’m here to race and am not on vacation. Well, it’s kind of like a vacation… but I got work done.

Our team travelled from the cold, desolate, and snowless roller skiing roads of Thunder Bay westward to what some call “a cross country skier’s paradise”, here in the mountains of British Columbia during the last week of November. The first 10 of our 18 day trip were spent exploring the trails of Silver Star mountain and practicing on the race courses at Sovereign Lake. I think the first races of the season are always the hardest because it’s been so long since you really had to compete. I mean, we’ll do time trials, running races, and other tests all through the training season, but there’s something different about putting on the race bib and really racing for something.

Overall, my races at Sovereign went quite well. On Sunday I finished 13th overall in the 10km freestyle race and was the 5th junior – just 11s off the podium! For comparison – last year I was outside the top 20 and over 2 minutes off the 3rd junior. So progress is definitely being made!

The highlight of my race weekend was probably (and predictably) my sprint qualifier on Sunday. I didn’t entirely believe it when I found out I’d qualified 3rd overall and as the 1st junior. It was one of those races where I felt good but not like I really hit it out of the park, so getting that result was pretty exciting. I raced well in my quarter and semi finals but got kind of chilled (-20 will do that to ya) waiting for the A final which left me feeling kind of sluggish and slow. I came out with another 5th place finish, which is a good starting point for this season.

This weekend I’ll be racing at Black Jack in Rossland for the first time. Saturday is a skate sprint and Sunday a 10km classic. I’m a pretty big fan of the sprint course, it’s a fast track and it’s set up for a real tactical game. The 10km course is almost enough to bring you to tears. Lots of climbing, not much rest, big climbs, fast descents, steep uphills, hills, hills, hills… oh man, I sure hope the wax techs nail the grip Sunday because you’ll be a goner without it. -ahem- I mean, I think it’ll be a challenging race and I really look forward to minimizing the amount of time I spend suffering around that course.

Alrighty, thanks for reading. I’ll try and get another update out while I’m home over the holidays (fingers crossed for snow in the SOD) on how the Rossland races went and how the prep for Trials is going. Here are some photos from the trip so far. 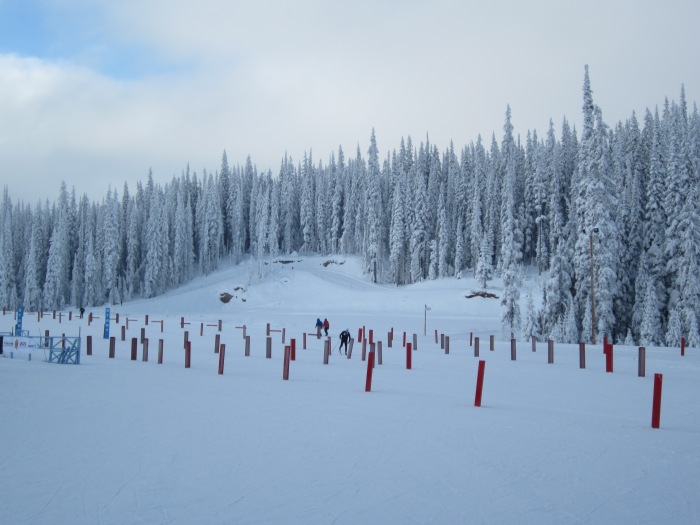 stadium being set up at Sovereign 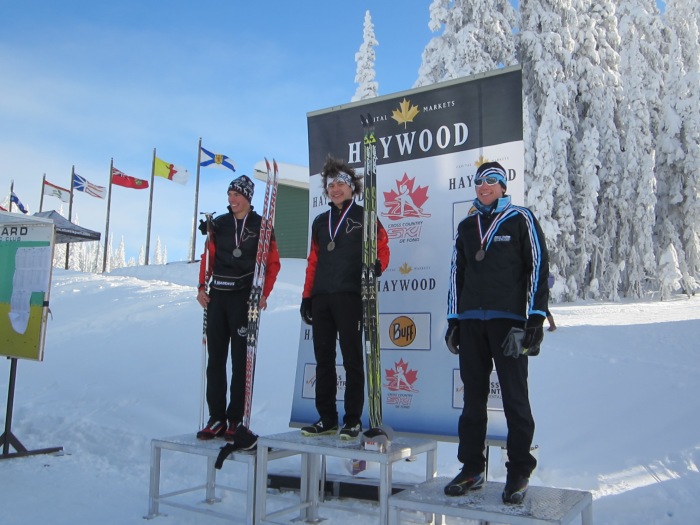 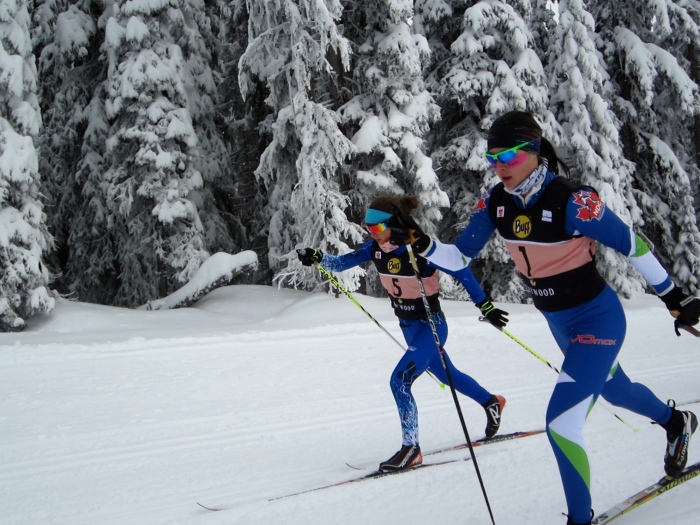 Reppin’ bib No.1 in the A final

Post race “blah” setting in, deep freeze weather not helping either. No frostbite though!

Fergus keeping an eye on the races