I’ve lived in the same house for almost my entire life.  Around the time of my first birthday (winter 1996), my parents bought a nice bungalow about an hour north of Toronto.  From what I’ve heard, their move-in sounds like it was an epic affair.  The storm of the decade! 7 foot snowbanks, whiteout conditions, blizzards, blowing snow and wind, yeti sightings, you name it and it happened.  How about a ‘welcome to the neighbourhood’ for the new folk!

Winter in the snow-belt sure ain’t what it used to be…  and the summers are more brutal than ever. I like a nice sunny day as much as the next guy or gal, but when the UV index is so high you can’t so much as walk by an open window without getting a sunburn, I reckon it’s a bit much.  I’ve never been much of a hot-weather type person either… It’s been said before, but I’ll say it again – at least with extreme cold you can put on more clothes… but when it’s so stifling hot that your tungsten spoon starts to melt, you can only take off so many layers before being redirected to the nearest nudest park (which is cool, if that’s what you’re into…), which isn’t really up my alley. Not sure if nudest parks are a thing here Northern Ontario, I haven’t seen any since I moved up.

Wait, was that a segue?

I moved out! And it wasn’t just a case of being booted out into the backyard or getting adopted by the neighbours, I’m actually gone. Gone from the south that is and headed up north to the oh-so familiar city of Thunder Bay.

It was quite to process to root through all my belongings and decide what was coming and what was going.  I reckon it took the better part of a week to completely gut out my room. Having lived in the same house, in the same bedroom, for 17 years, things start to accumulate… and it isn’t until you have to pack up and move everything that you realise how much stuff you actually have!  I call it ‘stuff’ for lack of a better word to encompass the diverse collection of things I have.  Little knick-knacks from when I was a kid, old newspaper clippings and magazine articles, clothes (holy mackerel are there a lot of clothes in my room that I didn’t even know existed!), books, and dust bunnies. I wouldn’t say I’m a particularly nostalgic person, but there were a few moments of deep reflection as I packed things away. *cue sniffles and silent tears*

Anyway, most of my stuff was bagged or boxed up and packed into the good old minivan as only a true Tetris master can do (which I can) and then driven up to Thunder Bay by my mum and her co-pilot Janet (aka Bob & Mary’s mum). Now depending who you ask, the story might say that I flaked out and made them drive up for me, or they might tell you what really happened – that the mothers volunteered to make the road trip so they could up hit up a few sight seeing hot spots and visit some friends along the way.  In the end they arrived the day after me and were super helpful with getting me set up in my new house during the following days.  So despite a small hiccup involving me arriving at the airport at 1:10am – yes, one o’clock in the morning (thanks for picking me up Victor, you’re the best.) I’d say the move went quite smoothly.  No crazy snow storms, yeti sightings or anything of the sort. Call it luck or call it July.

My first few days in town fell in line with the LSSD dryland camp. The combination of double sessions everyday plus moving in and getting settled, minus afternoon naps was pretty killer.  By the last day of the camp I think everyone was feeling a bit groggy and in need of a break.  Unsurprisingly, I’ve gotten a lot of “How do you like it here so far?”, and “Is it weird not living at home anymore?” questions over the past few days.  I’ll say the same thing I said to every one of these people… It doesn’t feel like anything has changed yet…  I don’t feel like I’ve just graduated and moved over 800kms away from home (by way the crow flies), that I’ve been dropped in some remote city to fend for myself, or that I’ve acquired any incredible new freedoms by doing all this.  It’s probably just an allusion that’s been create by training with the NDC crew, showing up at the LSSD camp everyday, eating meals together, and just hanging out with familiar faces.  Right now it just feels like I’m at an extended training camp with a lot more luggage than usual.

The LSSD camp is over now so there will be more time to do things outside the ski world, and I think that’s what will bring me around to the reality of being away from home.  I don’t expect that this ‘reality’ is going to present any major revelations or trigger any emotional trauma (if it does, expect a dramatic blog post within the week) though.  Everything seems quite normal and natural at this point.  My roommates, Erin & Katherine, are super nice gals and know how to do ‘real world’ things like get good deals on food, assemble barbecues and move furniture efficiently – important stuff.  So between my roommates and teammates I’ve got a good crew of people to help me figure things out.  Things seem easy right now, but I’m just waiting for something to pop up and sock me one right in the jaw say “welcome to reality!” when I least expect.

Anyway, I only have a couple weeks in Thunder Bay before the team goes international and we hit up some Euro glaciers at the end of the month.  We’re going to Austria and it’ll be my, along with a few other’s, first trip to Europe. It’ll also be my first time flying WestJet (that’s not a plug for anyone, just a fact), so I’ll be taking notes and seeing how the experience stacks up to my vast AirCanada travel record.  What I do want to put a word in for is my sponsors, Barrie Honda and Dungate Windows and Doors, to thank them for their generous support.  Having them onboard this year means a lot because they are not only making it financially possible for me to pursue skiing, but having them behind me is also a big confidence booster.  To have people from outside the sport who care about, and want to help me achieve my goals as an athlete, and as a person, really means a lot to me.

Alrighty, here are some rad pictures from the past week (creds to Martin Kaiser & others for the sweet stills) and you can check out my playlist page for some new jams.

Thanks for reading, stay golden.

Bob throwing down some reverse dunks

Not quite in Randall/Bjoergan territory yet, but we’re working on it. 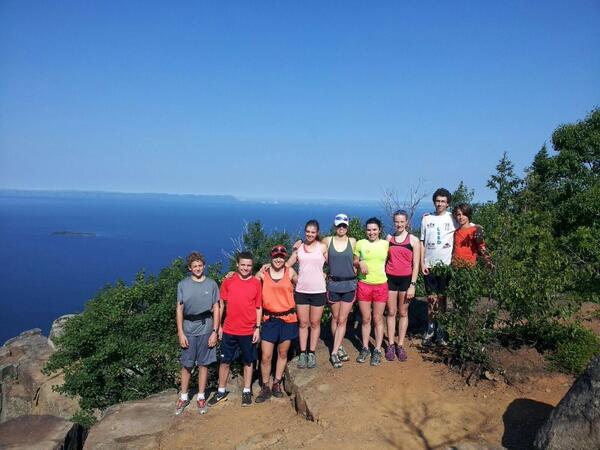 Up on the Sleeping Giant